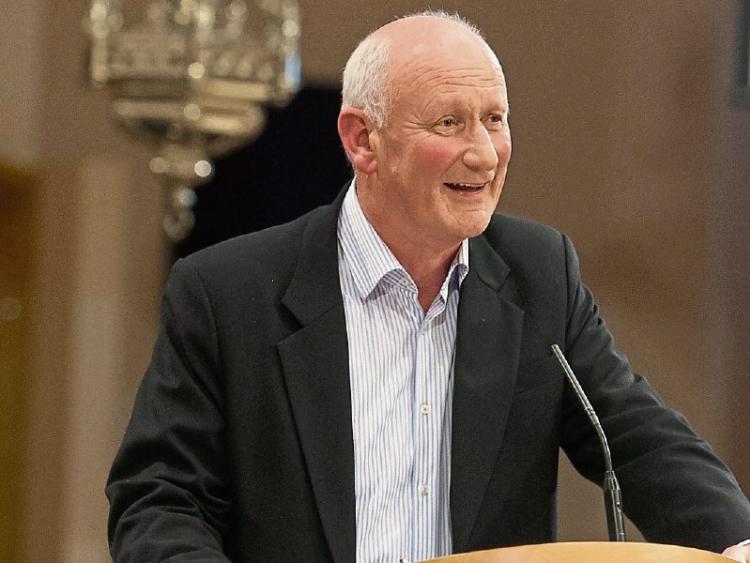 This year's Portlaoise Parish Novena gets underway this weekend and will one again be an intense nine day experience.

Various speakers ranging from Brian Cody to Christy Kenneally will be speaking at the Masses during the Novena.

During the Novena, different themes will reflect on the joys and struggles of life. Guest speakers and priests will lead the various masses.

Petitions will be remembered and prayed for throughout the novena.

Poet and author, Christy Kenneally will get the week underway when he speaks at 6.30pm mass on Saturday evening. The weekday masses will take place at 7.30pm.

On February 14, the guest speaker of the day is Laois native Emma Fogarty who was born with the rare skin condition called epidermolysis bullosa (EB).

Now an ambassador for Debra Ireland, Emma has had to fight for everything from the minute she was born.

The doctors told her parents that Emma wouldn't last the week, and that if she did Emma would have no quality of life and might never even walk.

She has overcome her difficulties and she was able to finish her Leaving Cert, move out of her house, take a course in Limerick and moved to work in Dublin. She now lives in Laois with her sister and parents.

Retired jockey Johnny Murtagh will speak at 10am Mass on Monday, February 15.

Singer and recovered alcoholic Frances Black will take to the pulpit at 7.30pm mass.

Frances, who began her career with the Family band - The Black Family,founded the RISE foundation in 2009 for the families of people suffering from addiction. RISE has family programmes in Dublin City, Swords, Portlaoise, Kilkenny and Newry.

On the Tuesday, Febraury 16, international harpist Orla Fallon will be leading the mass. She is part of the successful group Celtic Women who have performed for Pope John Paul II, US Presidents Clinton and Bush and Irish President Mary McAleese.

Wedneday nights speaker needs no introduction -the most successfull GAA coach ever - Brian Cody will lead the 7.30pm mass.

The following night (Thursday) Jim Curran will be talking about the “Steps to Personal Healing.”

Kathleen Chada, whose sons Ruairi and Eoghan Chada who were murdered by their father before he attempted to take his own life, will speak on leaving with the loss on Friday, February 19.