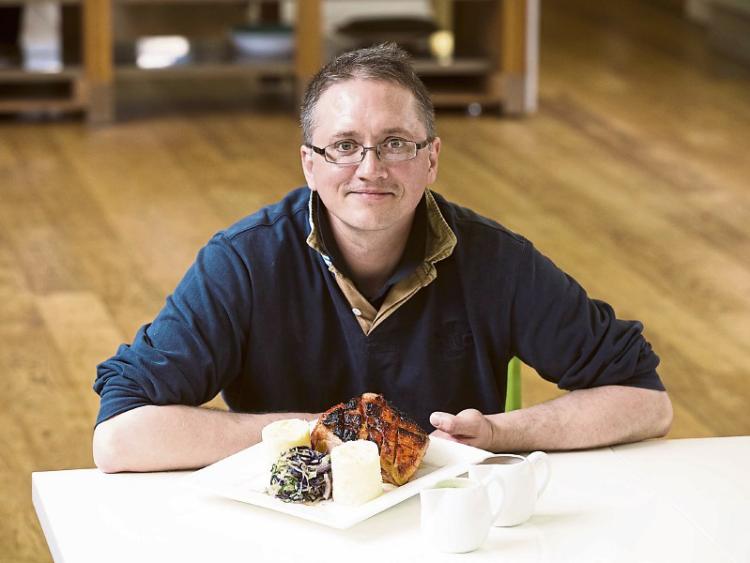 The nationwide competition called on participants to dish up something really special using Bord Bia Quality Mark Ham and Bacon in order to find Ireland’s most HAMbitious cook.

Lawlor rustled up his traditional firm favourite, Spicy Roast Bacon and Cabbage, and noted that the recipe evolved from trying to get his kids to eat healthy wholesome food and experimenting with his love of spice.

As ambassador for Bord Bia’s Ham and Bacon campaign, food historian Regina Sexton was on hand with fellow judges Lochlann O’Mearain and Pat O’Flaherty, Chairman IFA Pigmeat Committee, to choose a winner from the five most tempting and imaginative recipes.

Each of the five finalists went home with an Apple iPad. Emer Casey from Kerry was crowned the overall winner with her recipe, Sticky Ham and Pineapple Skewers with Super Stuffed Sweet Potatoes.

She took home the ultimate prize of a kitchen makeover. Other finalists included Julianne Brogan from Kildare, Ruth Frost from Cork, and Stephen McBride from Louth.

As a nation, we love great food, and new research* released by Bord Bia shows that we also cherish a great recipe. In fact, 8 in 10 of those surveyed said that they still use recipes passed on to them by their parents and grandparents, whilst one in five said they still make dishes that their grandparents prepared for them.

Nearly half of those surveyed (48%) also said that they use recipes that have been passed on by family members.

Those most likely to pass on recipes were mums (35%) and sisters (30%), whilst the least likely were dads and brothers (3%).

When asked if certain recipes provoked family memories, more than one in five (22%) agreed.

Not only were the majority of those surveyed using recipes when they cook (93%), but more than seven in 10 (73%) are creating their very own recipes at home.

Whilst storing recipes may have changed in the digital age, with nearly 45% keeping their recipes on their computer, it seems that old traditions die hard, as more than six in 10 surveyed still keep their recipes in a recipe book or folder.

“We encourage consumers to always choose products with the Bord Bia Quality Mark, so that they know their food has been produced to the highest Bord Bia quality standards and can be traced back to the farm.”