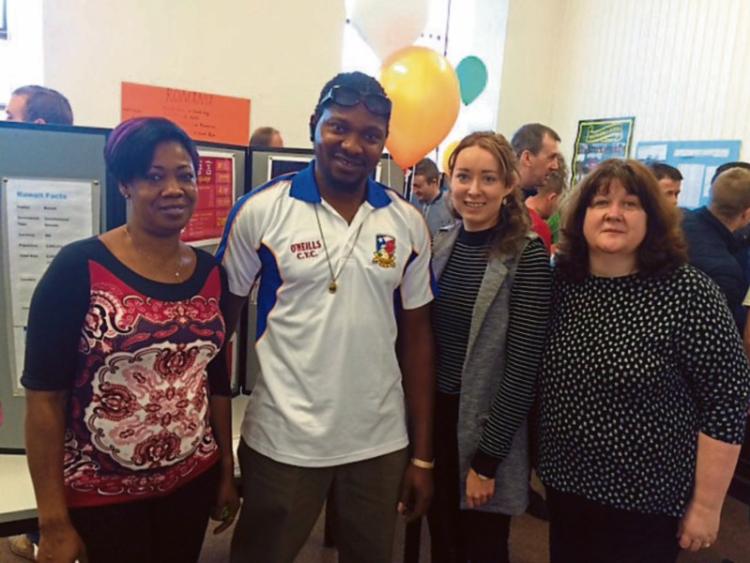 any exotic tongues were spoken - and many local tongues treated to an array of tantalising foods - when the Portlaoise Further Education Centre held its festival of languages recently, as part of an international initiative challenging racism.

The festival, hosted in the centre over two days in March, displayed more than 20 languages spoken in the local community by participants studying in the FEC.

Members of the public were invited to see an amazing visual display of languages and to sample some typical food from different cultures. They were also treated to personal testimonies from some of the new arrivals to our country.

This educational and cultural event was organised by Deirdre Brennan, ESOL co-ordinator, who hoped the event would celebrate the rich diversity in Portlaoise and promote intercultural dialogue.

“Diversity - it enriches our culture, our societies, it makes our economies. It drives us to think broader and to respect our differences.

“Diversity has the power to make society better. These are some of the reasons why Portlaoise Further Education Centre held a number of events to mark Action Week Against Racism,” explained Ms Brennan.

Also over the two days, March 14 and 15, members of the Syrian community who attend the centre in Portlaoise held culture information sessions to demonstrate “the other side of Syria'”.

They wanted the people of Portlaoise to know their Syria, a sharp contrast to the images in the media of war and destruction.

The event was an opportunity to sample the rich culture and heritage of their home, and the sessions were very well received and proved a real eye opener for many.

Organised to tie in with the European-wide Action Week Against Racism, March 12 to 21, the local festival was a positive way to celebrate strength in diversity, and to highlight the changing multicultural landscape of modern Ireland.

Present at the festival was Mr John Lannon, chairperson of Doras Luimni, an independent, non-profit, non-governmental organisation working to support and promote the rights of all migrants living in Limerick and the wider Mid-West region.

The name of the organisation, derived from the Irish word for ‘door’, indicates its ideal to be seen as an open door welcoming new communities.