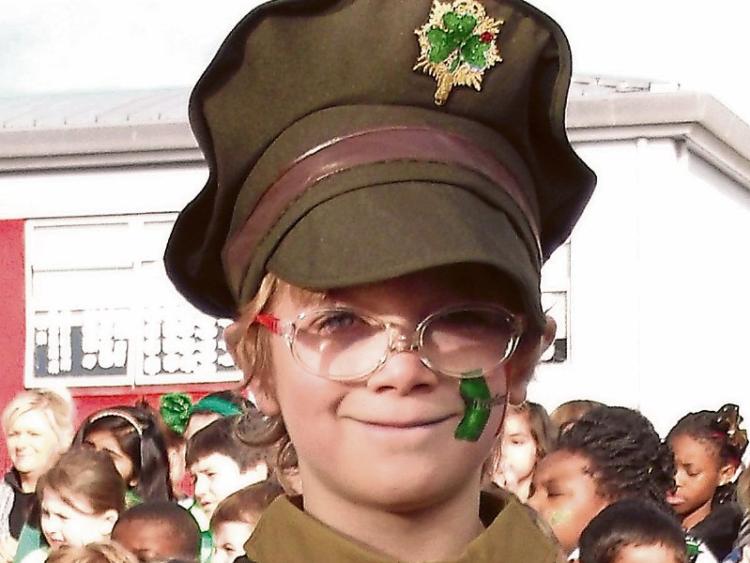 A great crowd gathered at the Summerhill schools Campus in Portlaoise on Tuesday last to celebrate the 1916 centenary year hosted by children of the three schools.

Gaelscoil Phortlaoise, Educate Together and Maryborough national schools performed a variety of plays and read both the original Proclamation of Ireland and their own proclamations for 2016 to mark the centenary year.

The children’s proclamations all carried the same messages which focused on the voice of children to be heard by their peers, equality, putting an end to homelessness and making the country a place where everyone, irrelevant of colour class or creed, being in a position to pay their bills and enjoy life to the fullest.

Putting an end to poverty also featured in the children’s proclamations along with providing homes for all of the families who are now forced into living in hotel rooms.

A great variety of entertainment was provided by the children of each school. Traditional musical instruments including the bugle, the harp and tin whistles featured throughout the ceremonies. The children of Educate Together buried a time capsule which they intend to open dig up and open on 15 March 2026 to look back on their memories of the centenary year.

Many parents/guardians and family members attended the events with some people going from school to school to mark the solidarity of the mixed school campus as each school raised its Irish Flag at different times.

Tea, coffee, biscuits and homemade cakes were provided in the halls of each school.