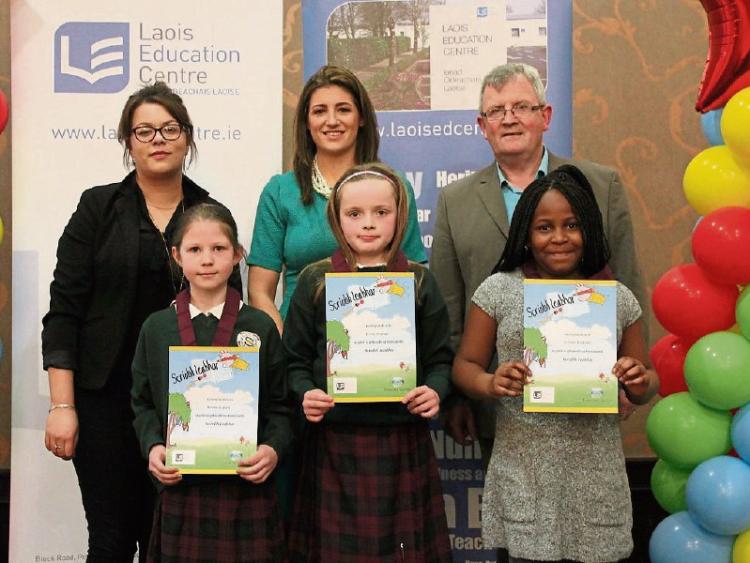 Midlands children produced over 330 illustrated Irish books this year for Laois Education Centre's Scríobh Leabhar project, and last March 15, 78 of them were presented with medals for their creative endeavours.

Over 300 pupils, teachers, parents and grandparents attended the Heritage Hotel, Portlaoise to celebrate the publication of the books written in Irish by 370 pupils from 10 schools across Laois, Offaly, Kildare and North Tipperary.

They were among thousands of Irish primary school pupils to take part in the Foras na Gaeilge project.

Guest of Honour Jim O’Brien, author and journalist, said the books were a great compliment to the pupils, teachers and parents involved, with a “very high standard of written Irish which augured well for the future of Irish in the midlands“.

Centre director Jim Enright thanked all involved, and praised the books which were written on many diverse topics, and all beautifully illustrated.

All 370 pupils received a cert of participation and a Scriobh Leabhar pencil pack.