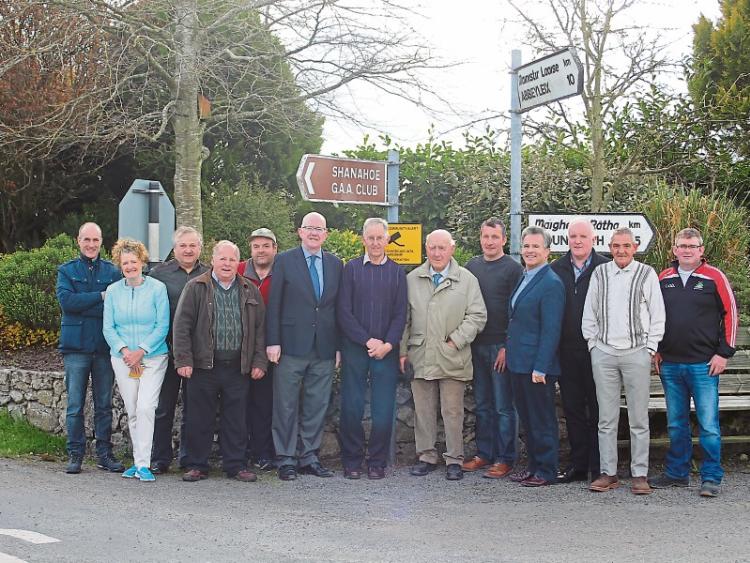 Every approach road to Shanahoe village now has signs warning of CCTV cameras, sending a firm message to motorway criminals that they are being watched.

It has cost the community over €30,000, paid for by the rural residents who dug deep in their own pockets.

It is an investment that over 250 households in the area were willing to contribute to, because of fear over recent robberies.

“We were being robbed left right and centre. We are near the M7 and the M8, and not far from the motorway junctions at Portlaoise, Ballacolla and Borris-in-Ossory. There was a lot of fear. There are a lot of elderly people living on their own,” he said.

The dozen cameras are posted at every junction leading to the area, and can pick up registration places and general views of traffic.

Signs along the routes warn any potential criminals that they are being recorded.

“I hope it deters these fly by motorists, coming off the motorway, doing harm and leaving again,” Mr Ryan said.

The alert group enlisted the support and advice of senior Laois gardaí and rural organisation Muintir na Tíre when preparing the system, which required a licence and approval from the data commission office.

Camera footage can be used as legal evidence in the event of a crime.

“If a person is burgled, they report it to the Gardaí, then they come to us to request the footage,” Mr Ryan explained.

He thanked everybody who helped to get the project up and running, from the residents for their contributions, to those who installed the system..

“Thanks to the committee and everybody involved, especially those who did the installation voluntarily, and the landowners for giving power to the cameras,” he said.

The system was launched by Garda Sergeant Joe Culleton at the Cross in Shanahoe last Saturday April 23.

Chief Supt John Scanlan has praised Shanahoe for their resilience, the first rural community in Laois who sought planning for CCTV.

“It is awesome to see the level of support in communities like Shanahoe. It is hugely proactive to raise huge funding, and this is one of many small communities in Laois showing this sort of can-do attitude,” he said.

Community CCTV is very helpful to Gardaí he said.

“It is exceptionally helpful, it brings a community together, it puts the focus on crime prevention and deterrance, and it provides us with evidence,” the Garda Chief Supt said.

He added that a 25 percent grant can now be sought towards the cost of community CCTV systems.

The number of Gardaí, and infrastructure at garda stations in Laois is now getting ongoing investment he said.