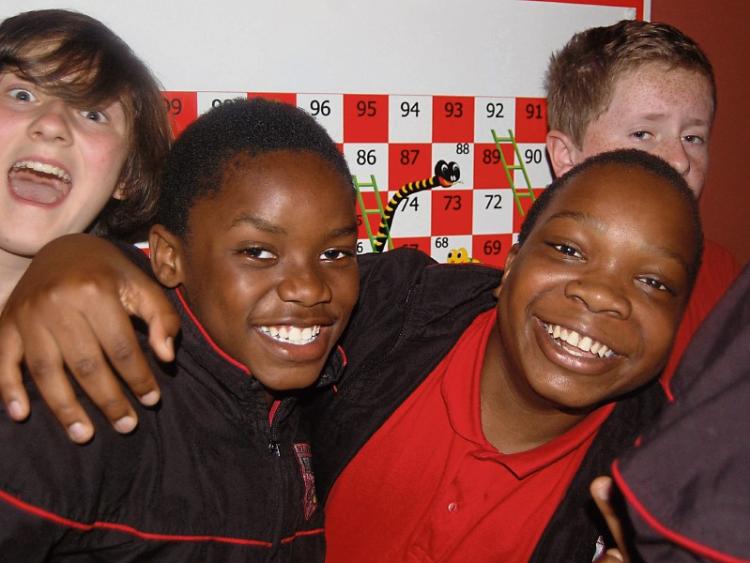 It was a school concert with a difference for St Paul's NS Portlaoise on May 13, when local band Transmitter took to the stage for Portlaoise Action to Homelessness.

All 446 pupils packed the school hall, and Transmitter played to the crowd, with pop songs from Bruno Mars, James Bay and Coldplay.

“They went bananas to be honest, the energy was just fantastic,” said lead singer Stewart Quinn.

“We wanted to do something at the school for this local charity, which is so proactive. The feedback was very positive,” he said.

Each of the pupils contributed €2, rounded up to €1,000 for PATH with donations from the school staff.

PATH volunteers Olivene Bartley and Mark Farrell accepted the cheque, explaining to the children how it will help to feed and clothe the homeless on Dublin's streets. It made such a big impression that a week later, 2nd class pupil Ben Langford called to give them €25 from his communion money.

The band is planning a further concert for Scoil Mhuire and Sacred Heart Schools, before all three close to form two new schools this month.