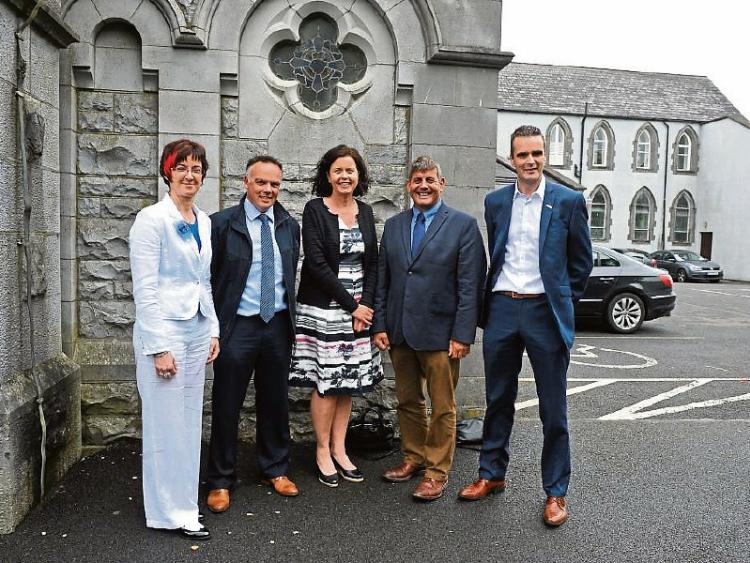 The third Embrace Farm Remembrance Service for the victims of farm accidents and their bereaved families, friends and neighbours held in the Most Holy Rosary Catholic Church in Abbeyleix on Sunday June 26 was very well attended by farm families, farm organisation leaders and agribusiness personnel from all over Ireland .

An Ecumenical Service of readings, prayer, music and hymns was celebrated by a large group of Catholic and Church of Ireland clergy.

The service was very moving and was led by Bishops Kenneth Kearon (CoI) and Bishop Denis Nulty, (RC).

A wreath was presented to Miriam and Mercer Ward from Hillsborough in memory of their son Allan who passed away 20 years ago.

The children that participated in the family weekend brought up candles during the ceremony while the names of those lost were being read out by representatives from the Agri sector. These included Vincent Nally, Irish Rural Link and the Farm Safety Partnership, Dr Vanessa Woods, CEO of Agriaware, Fiona Muldoon, CEO of the FBD group, Bill Callanan, Chief Inspector, Dept. of Agriculture, Peter Farrelly, Secretary of the Farm Contractors of Ireland and Pat McCormack, Deputy President of the ICMSA.

The family weekend for children bereaved due to farm accidents was facilitated by Bríd Carroll from the Irish Childhood Bereavement Network.

Six families participated, a total of 16 children and 10 adults. Some children had lost their Dad and others their sibling, but all were all killed in farming accidents.

Then it was back to the Maldron hotel, Portlaoise for dinner. Afterwards, adults took part in a bereavement workshop.

The following day the children took part in a bereavement workshop making candles and memory jars to contribute to the remembrance service later on in the day. The final part of the family weekend was a colourful balloon release before all headed on to Abbeyleix for the Remembrance Service.