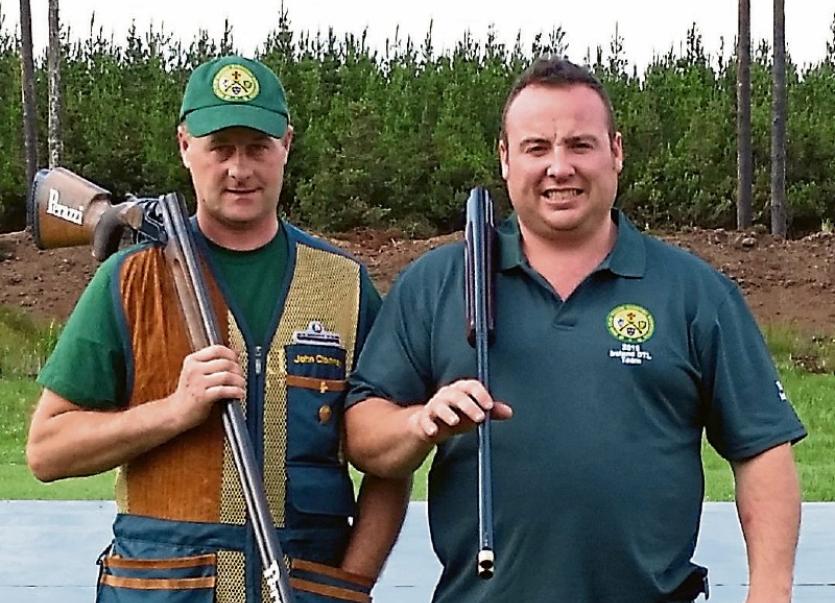 Two Laois men have been selected to shoot for Ireland in the World and European Championships Clay Pigeon Shooting.

John Clooney, who originally hails from Durrow, but now lives in Clough. and Paddy Peters from Rathdowney made the Irish clay pigeon shooting team after competing in locations all around the country, including the North, in order to qualify.

Both men shot many 100 straights this year between them, which is a great achievement in itself.

They will represent Ireland in the international which will be held in Banbridge on July 15 and the British Open on Saturday, July 16.

A week later both men will shoot for Ireland at the World and European championships which this year is been held in Esker Shooting Grounds, Offaly from July 18 - 23.

Both men have international caps, but this year is the first time they are on the team together.