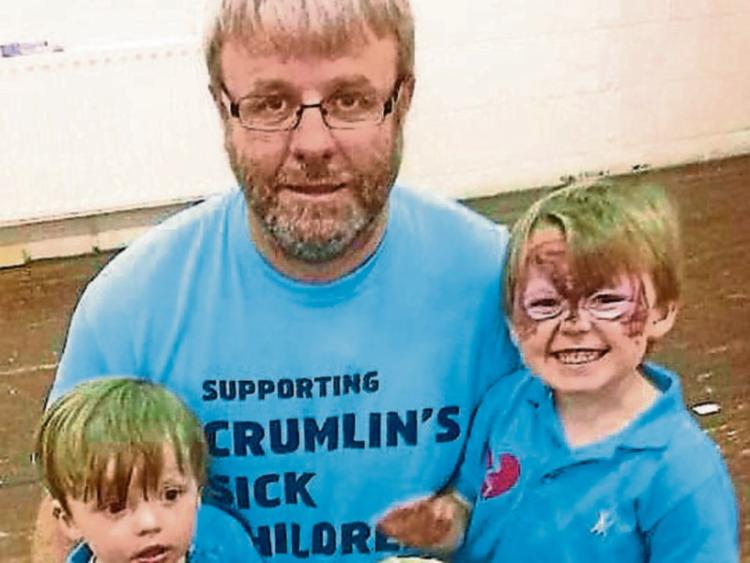 The mother of a little boy whose life was saved by doctors in Our Lady's children's hospital, Crumlin, is holding her second annual Fun Day for the hospital.

The Fun Day for Crumlin is on Saturday August 20 in Portarlington Community Centre, with lots of family entertainment including Raven Haven Aviaries, Irish dancers, facepainting, a big raffle and tombola, refreshments, and music.

“I hope everyone will come along and have fun and support this good cause,” Anya O'Brien said.

Her youngest son Cole was born in 2013 with a heart condition called transposition of the greater arteries.

At just three days old, he underwent an 8 hour operation in Crumlin to switch back his arteries and repair a hole in his heart. He spent weeks in intensive care, with an added complication of a collapsed lung.

He got home, but months of chest infections followed, as he had low immunity because of a leaking heart valve.

At 14 months, Cole nearly lost his battle for life again, when he was admitted to hospital with a bad chest infection, but then contracted adenovirus.

He spent a fortnight in intensive care sedated and ventilated, as anxious parents Anya and Shane relied on the staff to save his life.

“All I did all day was cry. It’s not knowing if he was going to live. They just kept telling us he was critical,” said Anya.

Cole was kept in hospital to recover for a month until more surgery which successfully fixed his heart valve.

Now aged two, he is happy at home now in Portarlington, doted on by sisters Corrin and Charleigh and brothers Cory and Campbell.

“Touchwood he is fantastic at the moment, but he still picks up a lot of colds. We took him on holiday to Spain and the warm weather helped his chest.”

“He is going back on a long term antibiotic for the winter. He is going to creche a few days a week to build up his immunity before playschool” said Anya.

To thank the hospital, the busy mother did the women’s mini marathon, and held carboot sales and last year, the firstPort fun day.

“It was a great success, we raised over €3,500, it was really well supported. Handing over the cheque was really emotional, we owe the hospital so much.” she said.

She has gone bigger and better this year, sending out thousands of tweets and setting up a facebook page, Fun Day for Crumlin.

It will run from 10am to 4pm. Raffle prizes are still coming in, among them a beautiful Queen Anne chair from Finline Furniture. Stall holders also welcome.