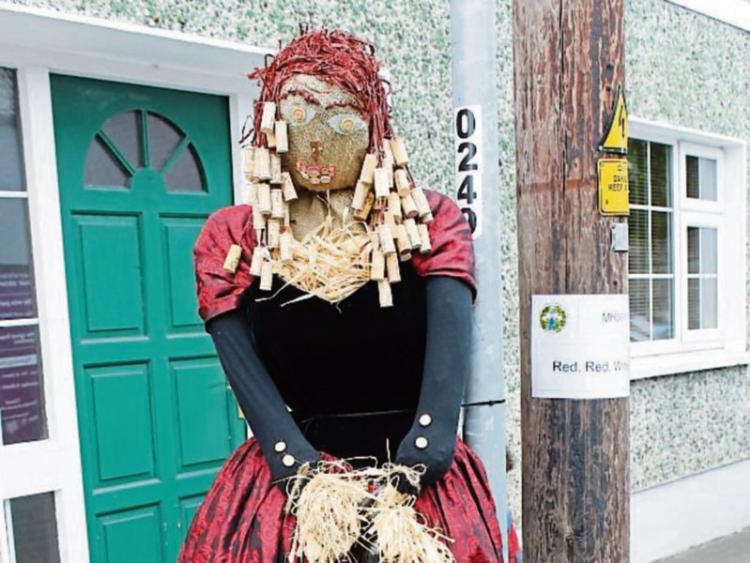 Crows may have been scared away, but an estimated 23,000 visitors flocked to the Durrow Scarecrow Festival last week, breaking records for the hugely popular community run festival.

Visitors to Ireland are now timing their holidays with the festival, reports chairperson Evelyn Clancy.

“People plan their trips home around it. We had American, French, Spanish and English visitors, some had booked places in the camps. The camps, ladies night and teenzone were all booked out. We got great feedback, the weather really helped, and the variety and quality of scarecrows was of the highest standard this year,” she said.

She credits the supportive Durrow community for the festival's success.

“It is all down to the volunteers, we have well over 100 people that give a huge amount of their time, There is such a good feeling here, you wouldn’t get it anywhere, residents bring out tea when they see volunteers working, people literally stop and help us. Not only for the nine days of the festival, but the weeks before and after,” she said.

A final figure is not yet available on how much money was raised, used to improve the village and restore a historic community building, bought by the committee from the ICA last year.

The Overall winner was Noah’s Ark – by Conahy Vintage Club, who followed up last year’s dinosaur win with another showstopper.

First place in the new Round Bale of Hay category was ‘Ger and Gerry’ with ‘Found It’. First in the General/Open: category was Pirates on the Carrot Peeing by Joan Finlay. Most Humorous winner was The Enormous Turnip by Durrow Fire Brigade. Most topical was Moth On Buachaill by Marlena and Sophia Tobin, Judges Choice was Red, Red Wine by Calvin and Edward O’Brien.