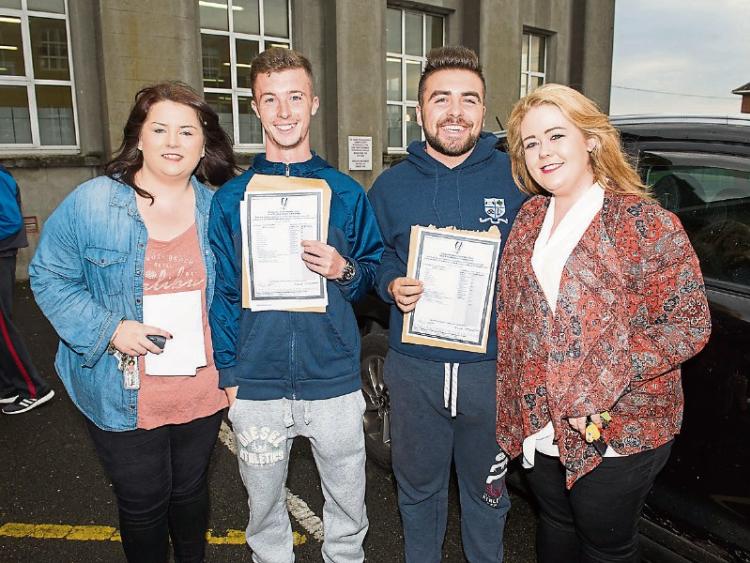 There were tears of joy and phonecalls to granny as the 86 students from Mountmellick Community School received their Leaving Cert results last week.

Certainly no disappointment was evident at the school as students opened the all-important large brown envelopes. Phones weren’t just in use to relay home the good news, though, as they were also being feverishly used to tot up points to calculate if the required points had been achieved.

“I’m delighted,” beamed Jamie Carroll. “Everything surprised me, in a brilliant way,” he said.

Gavin McNabb was also thrilled with his results. “I am pretty happy so far,” he said, adding that he hopes to study in Galway and has a number of options. He believed he had achieved enough points for his required course and had done better than he expected. “There were a few surprises, but in a good way,” he said.

Mark Ta was equally thrilled. “I have ten points over what I needed so that should be good enough,” he said. “I put a lot of work in,” he said, adding that he was reasonably confident before he got his results.

Christina O’Reilly was also very satisfied with how she performed. She did better than expected in geography and now plans to study contemporary art in Galway. “I was so nervous but I’m delighted,” she said of her results.

Another who was very satisfied was Ciara Arstall who now hopes to study science in UL. “I’m very happy, I’m delighted,” she said.

“I’m very happy,” said Liam O’Brien on receiving his results. He plans to study science in Maynooth and believed he had “more than enough” points for his course.

Gajun Young said he was “really surprised” with his results and did better than expected. “I got several As,” he said, adding that he now plans to do computer science in UCD.

School principal Larry Curtin said the school was very happy with how the students performed and some of negative national trends did not emerge locally.

“So many students achieved their potential and their results are the result of the professional approach of the whole school community, the staff, the parents and the students and it reflects very well on the future of the students,” Mr Curtin said.

He said the majority of the students had achieved the points required for their chosen courses.

Enrolments at the school are increasing considerably and there was a 50 per cent increase on intake of first years, compared to the previous year.

Teacher Joanna Teehan said the staff, and students in particular, were very satisfied with how they did.

“The results were very, very good and there are no tears today, just a lot of happy faces,” she said.