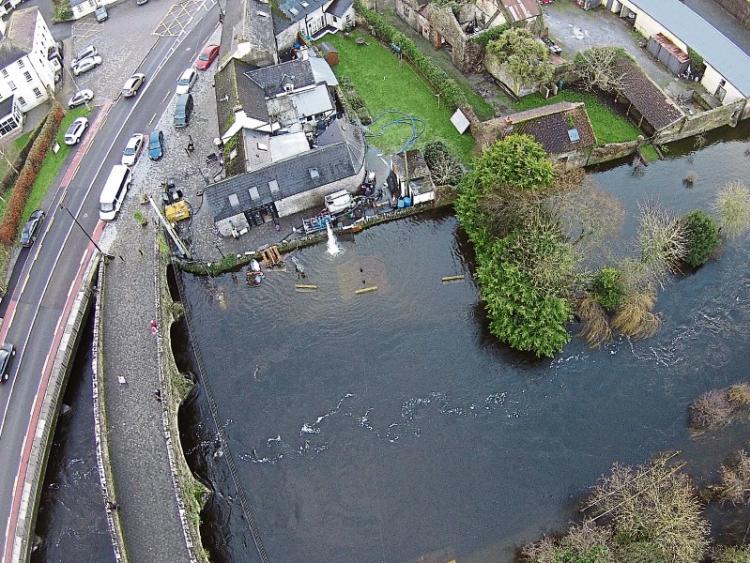 The OPW is wasting money on flood defences unless rivers are cleaned out first say Laois councillors.

“I feel a lot of money is being wasted on surveys. In our area it is very high risk, but I see nothing being done. We should dredge the Barrow and the Suir. The water has nowhere to go. It mightn’t cost as much as repairing roads and building barriers,” he said.

“The funding won’t be any good unless we see dredging to allow the water to go,” agreed Cllr Willie Aird.

“There is climate change. Since 2009 it has really got serious. These are not once in a hundred year floods, they happened last year. The Barrow has a huge amount of silt in the river,” he said.

They were speaking to OPW’s Project Engineer Gerry Gallagher, who came to the September council meeting to update them on the nationwide flood relief plans being compiled.

“We have to comply with environmental legislation too, we enjoy no exemptions. Cleaning can be environmentally hard to do. Dredging means different things to different people, it could be trees and vegetation, or silt, or regrading a river,” said Mr Gallagher.

He said that “light touch cleaning” could be approved.

“We find with the environmental authorities that they may allow very light touch maintenance, it is worth discussing, you can agree processes with them,” Mr Gallagher said.

He said the OPW must view an overall flood picture, rather than cleaning one county’s rivers.

“The Barrow is a tidal river, water is not going to get out if the tide is up. We have to look at options over the entire catchment area, a plan on how best to spend money so we are not just passing a problem along,” he said.

The OPW will hold a public consultation on the flood risk maps in county hall on Wednesday October 12 from 2 to 7pm, where the public can give their views.