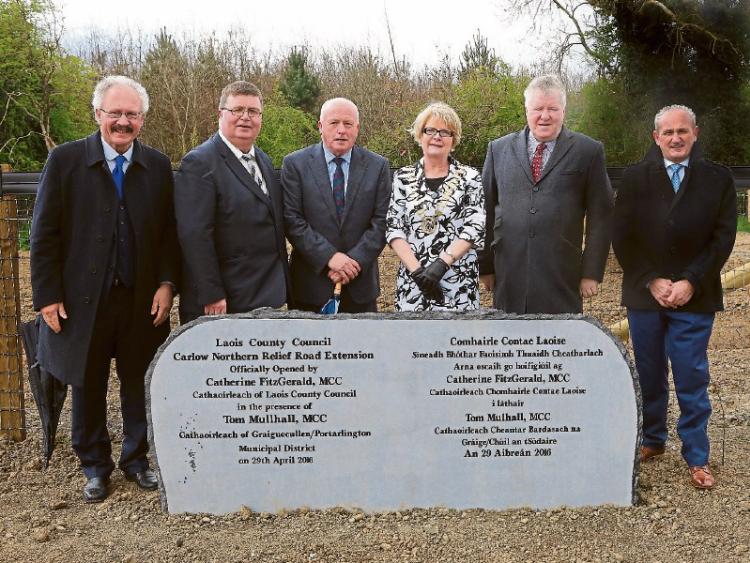 It is five months since the Northern Relief road extension in Graiguecullen was officially opened, but it is still in darkness.

“There are lights on the poles but they are not turned on, and it’s being used by hundreds of people every day.

“It’s dark now at 7.30pm. All the infrastructure is there,” said Cllr Ben Brennan.

He and other councillors were unhappy at the slowness of the national electricity provider to connect to new streetlights when the issue came up at the Graiguecullen Portarlington Municipal Distrct meeting.

It is another three months since streetlights were installed in Mayo and Ballylinan, but they also have not been turned on by the ESB, Cllr Brennan reported.

“People are noticing it more now with the dark evenings. When a new light goes in, the length of time it takes for the ESB to turn it on is crazy, we are months waiting in Stradbally,” he said.

Engineer Edmond Kenny told them that SSE Airtricity has been commissioned for the Carlow northern relief road, and that they are now waiting for a month for the ESB.