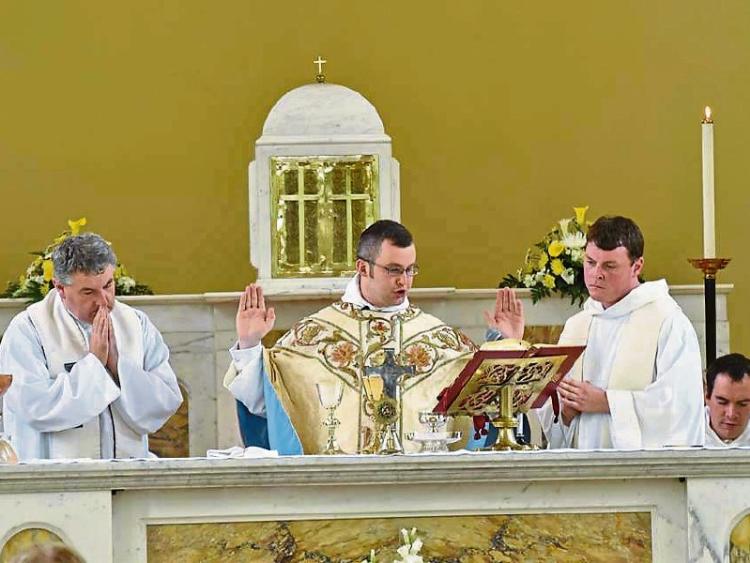 Fr Casey's Mass at the Abbey has special significance as the Dominicans were linked to Aghaboe for over 400 years.

The monastic site dates from 576 AD and was once the principal monastery and diocesan seat of Ossory.

The date for the foundation of the Dominican house at Aghaboe is uncertain, and the circumstances largely unknown.

It is believed that the Dominican Church and priory occupied the site of the old Irish monastery and cathedral church of St. Canice.

Much of the history of the Dominicans in Aghaboe has been lost to history.

Their fortunes there ebbed and flowed, according to the political and economic climate of the time.

The Dominican priory at Aghaboe was dissolved in the great suppression of religious houses which took place in the 1540s.

A period of revivial occurred in the 1660s until the Williamite wars crushed the Catholic cause.

In the last decades of the 18th century the Dominicans time at Aghaboe was clearly on the wane due to a combination of circumstances, including the effects of penal legislation.

However, the Dominicans kept alive their association with the former priory of Aghaboe through the appointment of titular priors and general preachers.

The last prior for whom there is any record dates back to 1808.