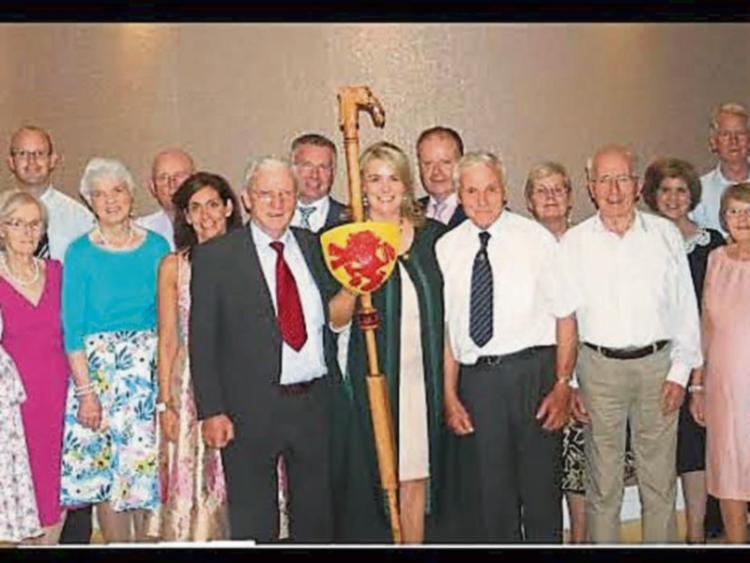 The 2016 Annual Clan Rally week-end for the O'Leathlobhair Clan took place in July in the Abbeyleix Manor Hotel.

Events got underway for Ireland's most active clan, visitors came from Australia, America, England and the four corners of Ireland.

The week-end activities commenced with the A.G.M on the friday night which was very well attended, this being the business end of the eagerly and much looked forward to week-end for the O'Leathlobhair Clan members and friends.

Chairperson Kevin Lalor-Fitzpatrick opened the meeting and had a very warm welcome for all present.

An open floor discussion followed on all the years' events and to cover any matters from visiting members.

Votes of sympathy were extended to all the families who lost a loved one during the past year.

All present were looking forward to the events taking place over the wk-end, following the A.G.M. Joe Coogan entertained with music and song. Clan members Paddy Lalor and Kevin Lalor-Fitzpatrick presented a comedy sketch “Mistaken Identity” written by the very talented and gifted member Paddy Lalor, light refreshments were also served. Election of officers and Life Members for the year ahead were elected.

Nominations for the position of Clan Chieftain 2016/17 closed at the end of the AGM with two candidates agreeing to let their names go forward for election at the Clan Banquet on the following night namely Maeve Lalor, a native of Co. Carlow and now living in Delvin, Co. Westmeath and Garreth Lawlor from Abbeyleix and now living and working in the U.S.A.

At the clan banquet, the two candidates for election were introduced to the gathering and voting commenced.

Voting was close, Clan Piper Pat Lalor from Ballon in Carlow had the honour of proudly piping in the new Chieftain who is his daughter Maeve to a standing ovation

Garreth Lawlor graciously vowed that he would return in the future for election to equal his dad, Tom Lawlor who was a past Chieftain.

Maeve said that she is a very proud O'Leathlobhair and it is a great honour for her to be the new Chiefain of such an active Clan.

Maeve's first job was to make a presentation to outgoing Chieftain Margot Coogan who represented the Clan excellently at home and in Australia.