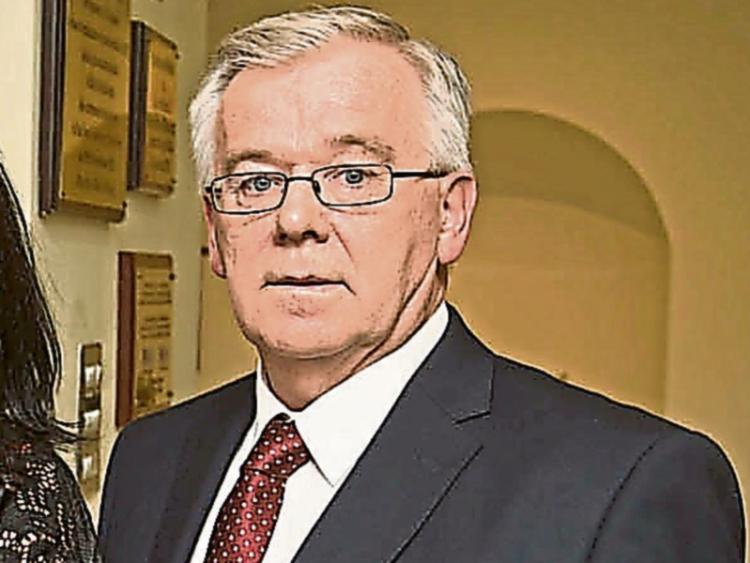 Mr Fleming, a member of the famed Swan family that includes Deputy Sean Fleming, explained that Athy museum intended to pay tribute to Sir Patrick Kelly who was a Brigadier General in the British army. He had enlisted as a private soldier to serve in World War 1.

In fact, General Kelly was a Laoisman, insisted Mr Fleming. His family was evicted from Luggacurren and had moved to Wolfhill

Over the years, Patrick Kelly had risen through the ranks and was knighted.

The British assigned him to help reorganize the Canadian army and he had served as its paymaster in Europe during World War 2.

Despite his high rank and prestige, General Kelly never forgot his roots and is buried in Clopook graveyard, near Luggacurren.

Argued Mr Fleming: “If we had our own museum he would have been honoured in this county.”

Turning to a related subject, Mr Fleming said he had in his possession two flags dating from the Luggacurren evictions of the 1880s—and, he revealed, Athy had also tried to get these historical items.

The Land League flag featured a portrait of Charles Stewart Parnell, while on the Irish National League flag were depictions of a harp, wolfhound, round tower and Celtic Cross.

Mr Fleming said the flags needed to be restored and Athy had offered to do this. He added: “They (flags) should be hanging in Laois.”

Heritage Society Chairman Michael Parsons: “I think we could have a commitment that they (flags) could be done in Laois.”

On the question of a museum, he believed this could be linked to an interpretative centre as part of the Fort Protector project in Portlaoise.

Mr Parsons said the second report on Fort Protector would be issued shortly and, he revealed, this would be followed by a third.

He said the Society had had great support from the County Council which related the Fort Protector project to the regeneration of the old section of Portlaoise.

Earlier, Mr Parsons had welcomed everyone to the well-attended agm. “We have to reach out to other people and always welcome new members,” he added.