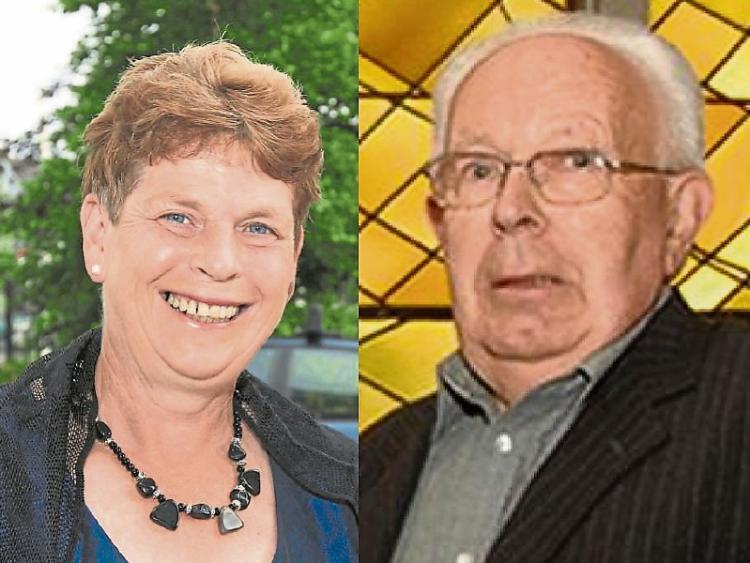 And proposed by John Dunne, it was agreed that the Society should honour the two deceased by having a bursary or award named after them, perhaps as parts of the schools’ heritage project.

Mr Parsons recalled that Ronnie Matthews had been a very enthusiastic member of the Society, serving in various capacities.

And he’d written two histories of his native Portarlington and had contributed numerous articles to journals.

“One of his enthusiasms was the castle at Lea,” noted Mr Parsons, “and he played a leading role in the recent project to explore its conservation. And he was a great advocate for a county museum and a HQ for the Society.”

Mr Parsons added: “As a person he was witty, knowledgeable and kind-hearted. He was highly regarded by everyone. Personally I regret the loss of a decent man and good friend.”

Mr Fennelly said Kathleen O’Brien had been a very active and valued member of the Heritage Society.

And, he continued, she had worked ceaselessly for Portlaoise people all her life. And it was due to her perseverance that the General Hospital retained its high status.

Mr Fennelly said Kathleen could be seen on the streets working for Portlaoise Tidy Towns. As a musician with St Joseph’s Accordion Band, she had stepped out proudly down Broadway in New York during a St Patrick’s Day parade.

She had also served as a Town Councillor and County Councillor. Mr Fennelly concluded: “Her life was well spent on behalf of the people.”

The meeting observed a moment’s reflection in memory of Ronnie and Kathleen.