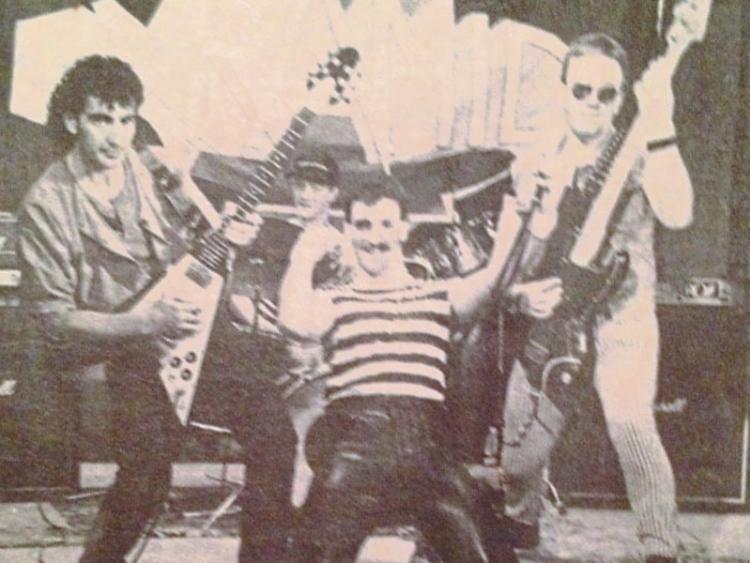 Much of the life of Tony Payne, who died recently, revolved around music.

Pyramid appeared in the finals of RTÉ's Screen Test in February1985 (the X Factor of the 80s. Throughout that decade they played in the most prominent venus in the midlands.

In the early 90s, following the demise of Pyramid, Tony played in a number of different bands including Borderline (a country rock act), The Feds (a Portlaoise rhythm and blues outfit) and Midnite Drive (a Mountmellick pop rock band).

After leaving Strength in Numbers, Tony played with The Clique which consisted of former band mates and old friends. Tony then went on to join Tullamore based rock band Hush. During the 00s Tony was a regular stand in for his brother Bryan's band Mimic.

While playing with Pyramid in the 80s Tony met Mary, whom he later married, and became a father to two daughters Donna and Becky.

During all this time Tony was a member of the defence forces based in the Curragh.Upon his retirement he joined Group 4 security company working at Portlaoise Hospital. Tony sadly passed away suddenly at his home on January 16 this year. His untimely passing has left all who knew him deeply stunned and saddened.

Tony's reamains were reposed at Moloney's funeral home before removal to St. Joseph's Church for Requiem Mass. His burial took place after in St. Joseph's Cemetery.

Apart from his wife and daughters, he is survived by brother Bryan and sister Ann.

Tony will remain forever in our hearts. RIP .