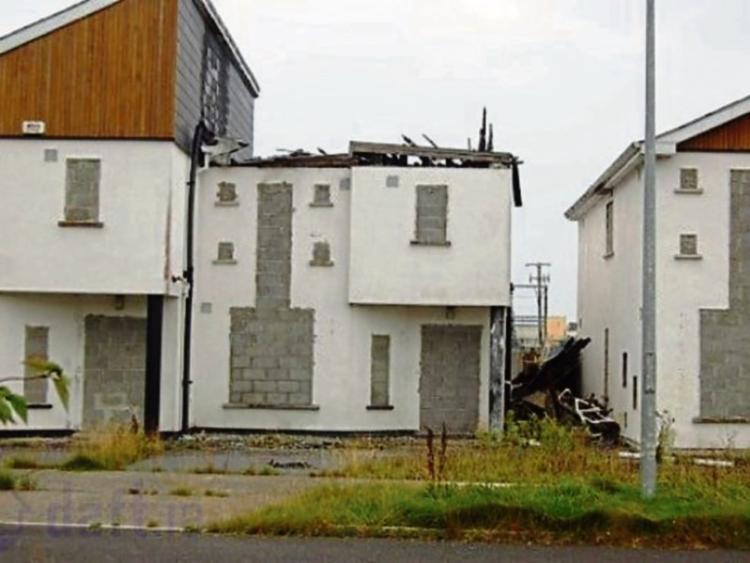 A process to buy up houses in a burnt out housing estate remains incomplete at least four years after Laois County Council began blocking up the homes.

The 12 house Hepburn Court estate in Portlaoise was built in the early 2000’s and sold to private buyers.

However, it descended into a nest of crime and vandalism. This included a gun attack.

Some of houses were burnt, and the rest abandoned. The council moved in to block up some of the houses in 2013.

Laois County Council has bought up five of the houses, offers have been accepted on three more, which are now in conveyancing, as in the sales are about to be closed. The council has bid on another property.

There are two halls on the site. The former Jehovah’s Witness Kingdom Hall, is in conveyancing, and an offer has been accepted on the Squash Club.

“A concerted effort is being made to acquire the remaining three properties,” said Mr Kehoe.

The council did not disclosed the prices paid. However, the Property Price Register shows that No 4 was bought last August for €18,500. No 2 was on the market for €20,000.

Cllr Catherine Fitzgerald asked for the update. She praised the council for work done.

“This is a huge problem. They were all private houses, and the council was left to go and clean this up, costing a fortune. I hope these three others don’t end up causing a delay, that they won’t be allowed,” she said.

“It’s great to see progress. Anti social behaviour is a huge problem in the area, causing hassle for residents, especially the small community in Mountain View who are trying to keep their area. There are a lot of elderly people living on the Ballyfin road. I am sure the council could pursue a CPO on the three remaining properties,” she said.

Cllr Willie Aird said one of the owners had to leave because of the anti-social behaviour, but is still paying back the mortgage.

“It is a huge miscarriage of justice. This was the worse scenario that ever happened. It was a lovely little estate but unfortunately the houses were bought to rent out. There was huge trouble there. I hope as a public representative that this never happens again,” he said.