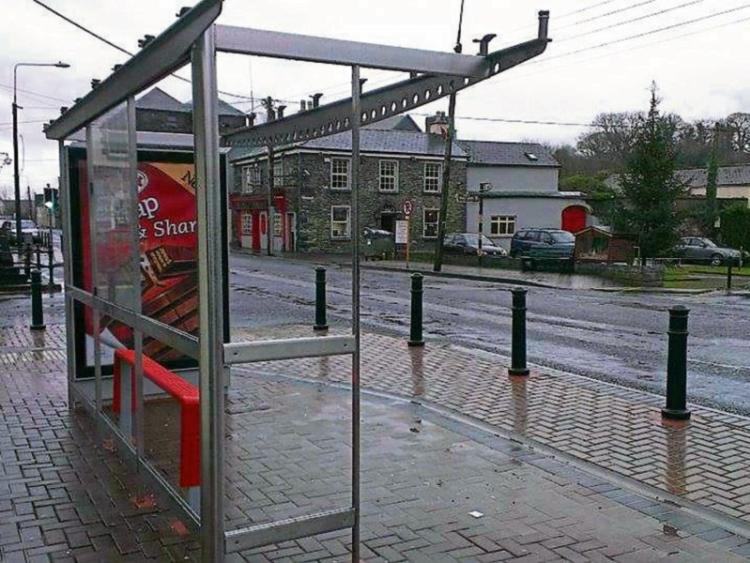 A bus stop is needed for people living in the Direct Provision Centre near Emo, according to the Cathaoirleach of Laois County Council, who has claimed the residents are “hard to see” in darkness.

“One situation is very dangerous, it is in complete darkness.People are waiting on the green bus, standing on the hard shoulder, it’s hard to see these people in the dark,” said Emo-based Cllr Tom Mulhall.

The Fine Gael councillor said he has visited the centre to hand out high vis jackets to the residents there.

He was speaking after Cllr James Kelly asked for the building of at least two new bus shelters annually in Laois.

Cllr Kelly wants county hall to pay for shelters in towns with populations under 1,000 people, which are not prioritised by the National Transport Authority.

“In Castletown, Borris-in-Ossory, Rathdowney and Mountrath people are sitting on windowsills waiting for busses,” he said.

“I saw it in Mountrath, a person with a disability waiting in the rain. Some people go to Dublin hospitals for treatment and are very sick, we should have at least one in each town, so they can shelter from the rain,” said Cllr Willie Aird.

The council is referring the request to the NTA for consideration for more funding.

“The suggestion is good, if you can get sponsorship. We will support the call to provide shelters, we need to establish a rolling programme to prioritise areas,” said Mr Mulholland.