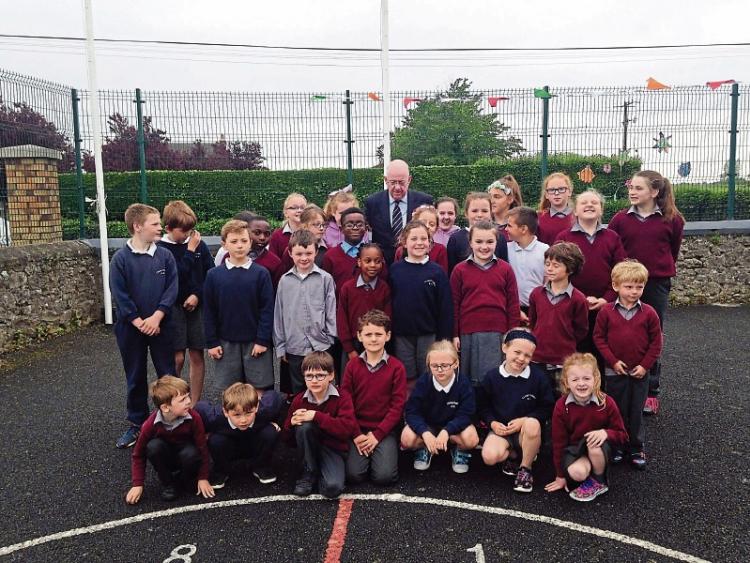 The Laois Minister for Foreign Affairs Charlie Flanagan underwent a political grilling last week, by the schoolchildren at Clonehurke NS in Portarlington.

He was quizzed on the case of Ibrahim Halawa, the effect of political life on his family, and relations with Donald Trump, among a host of topics when he visited the Cloneyhurke NS.

The Minister was given the VIP treatment, invited as part of the school’s engagement with the Blue Star European Studies programme.

He did not disappoint, responding to a full hour of children’s questions.

Minister Flanagan gave a frank account of life as a Minister for Foreign Affairs, describing a typical busy week.

The children were surprised to learn that he rarely had time to visit tourist sites, and with the change of Fine Gael political leadership, he talked about the always changing nature of a politician’s career, with the likelihood of cabinet reshuffles on the way.

“The children demonstrated a broad range of knowledge about EU countries through their project-work, which they had showcased to the whole school on Europe Day in May,” said principal Sarah Moore.