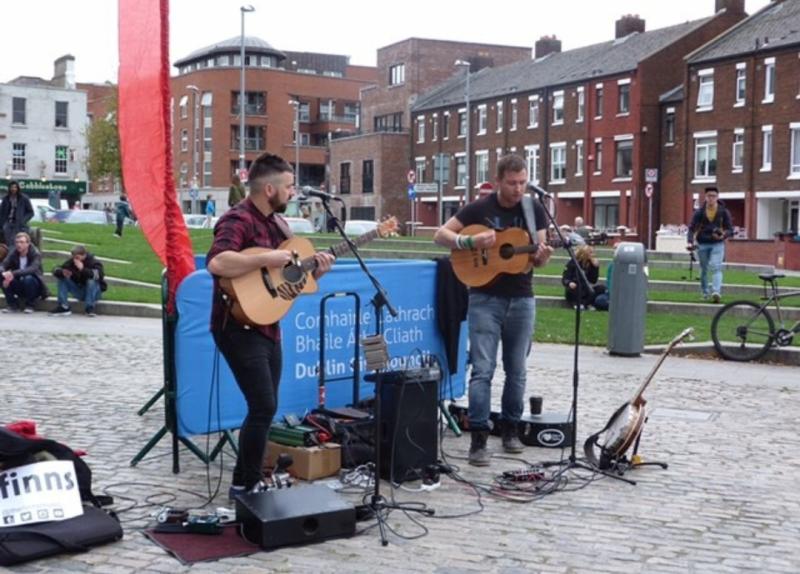 Two brothers from Laois are taking the music scene in Ireland by storm.

Having only formally decided to work full-time as a duet this year, Ciarán and Hugh Finn who musically known as "The Finns" are making leaps and bounds with their music in a short space of time. 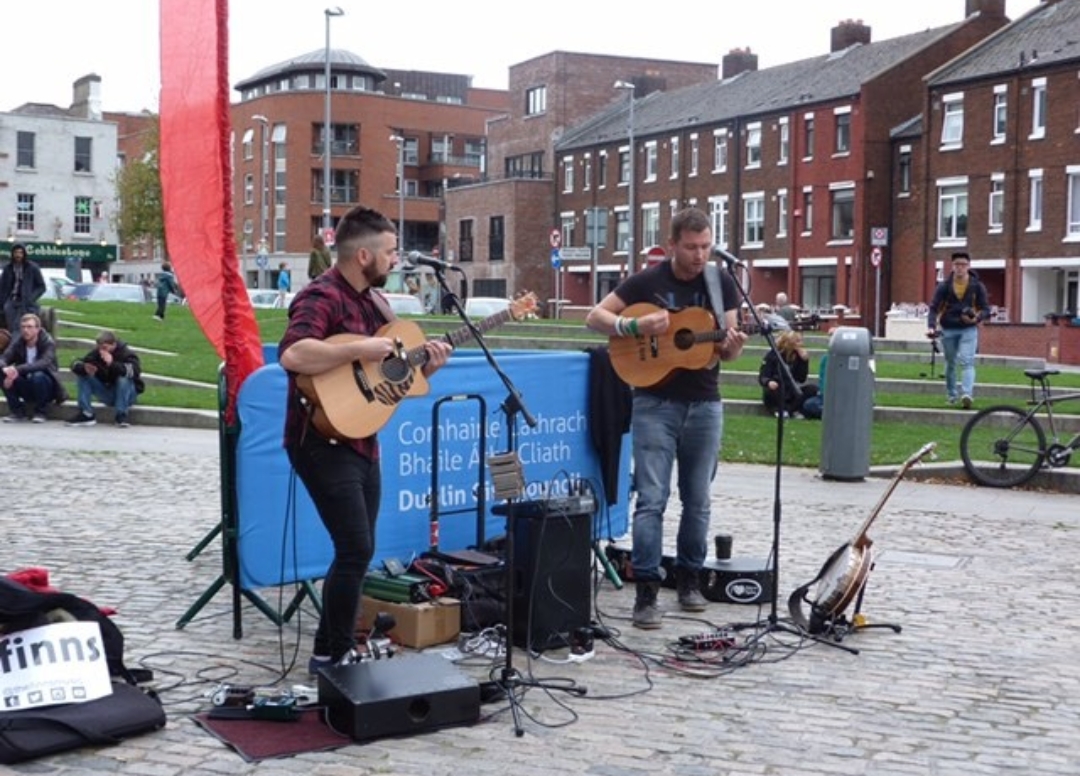 Coming from a musical family in Rathdowney they have been performing and composing their own music since 2010.

The lads applied to take part in The Busker's Fleadh this year and were one of 30 successful applicants.

The Busker's Fleadh took place on Sunday, October 8 in Smithfield in Dublin and it was a huge event with people of all ages gathering to listen and play music.

The talented Laois duo came out on top having played a set judged on audience interaction, and overall performance.

Reacting to the win, one half of the duet, Hugh, was delighted.

"It was to be honest. We did another busking festival in Clonmel earlier this year and we didn't place in that so it was really good to do this one. We do it to get our original music out there.

"We usually play music around Temple Bar in Dublin and at open mic nights but we do of things to get our own music out there. Each time we perform our original music is precious in its own right because you never know who is going to hear it and like it," Hugh explained.

The Laois lads came out on top on the day and won a fantastic prize worth €1,000.

"We won a day recording at Windmill Lane recording studio we will leave that with a digital recording of one of our singles. We also get a video shot in that day, an interview on the Totally Irish show on 98fm and a paid gig at The Button Factory.

"We want to thank The Busker's Fleadh for choosing us and putting on a great day out and keeping busking alive," Hugh said.

The brothers come from a musical family, their father is a sean-nós singer who plays the tin whistle and their mother plays the spoons. They have two younger brothers Eoin and Conor who both play music and their grandad played the drums.

"We didn't really enjoy all the lessons when we were younger but now that we are older we can look back and thank our parents for sending us to music lessons instead of soccer every Saturday morning!" Hugh added.

At the Busker's Fleadh, which is in its second year, The Finns met many fellow buskers to connect with but they got on very well with one 11-year-old Muireann from Skerries in Dublin who Hugh said was very good and tough competition. 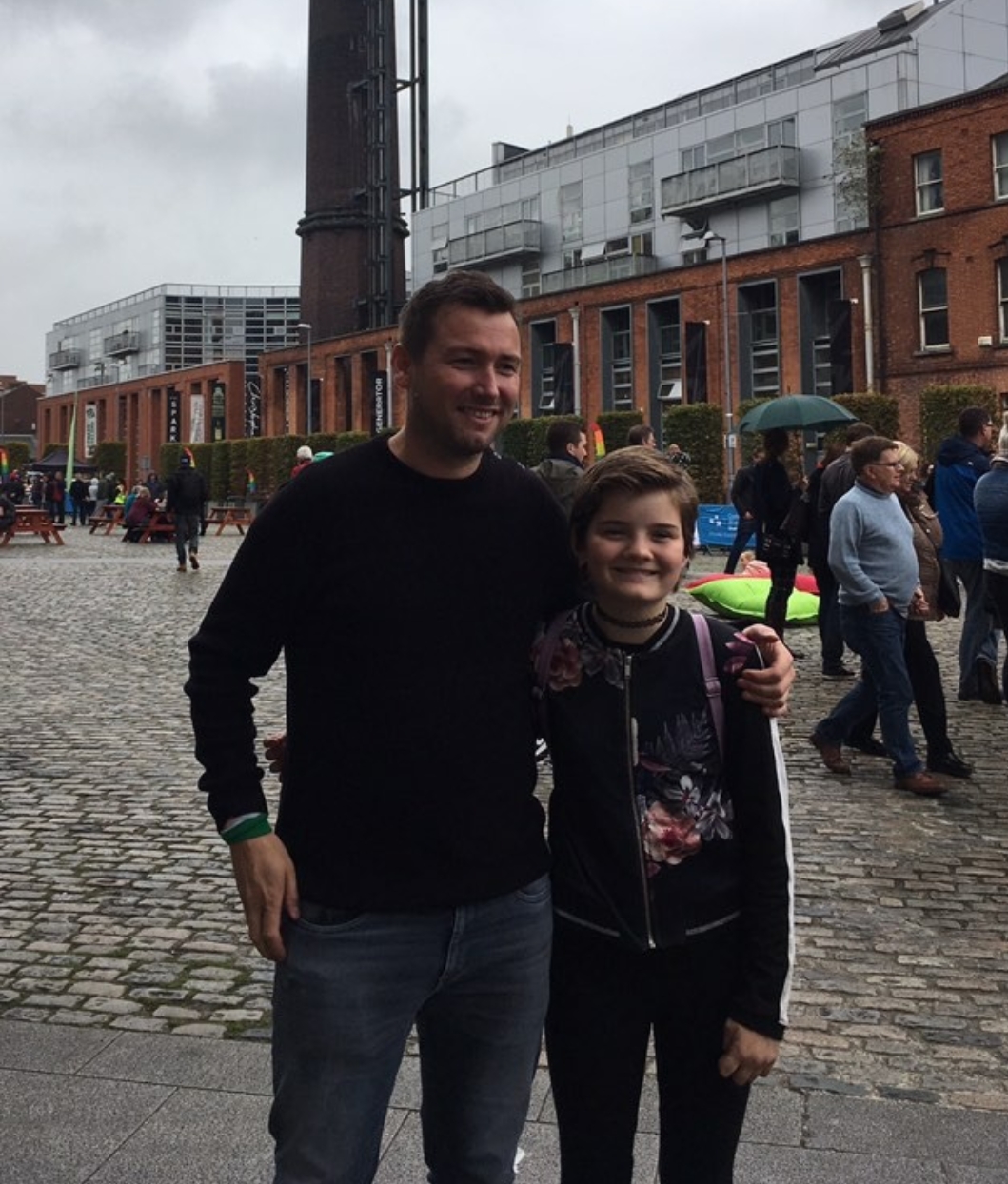 There is more to come from The Finns as they are currently putting the finishing touches on their debut single "Lambay".

Their experience in music is steeped in tradition but their style now is more modern folk now.

Have a listen for yourself!