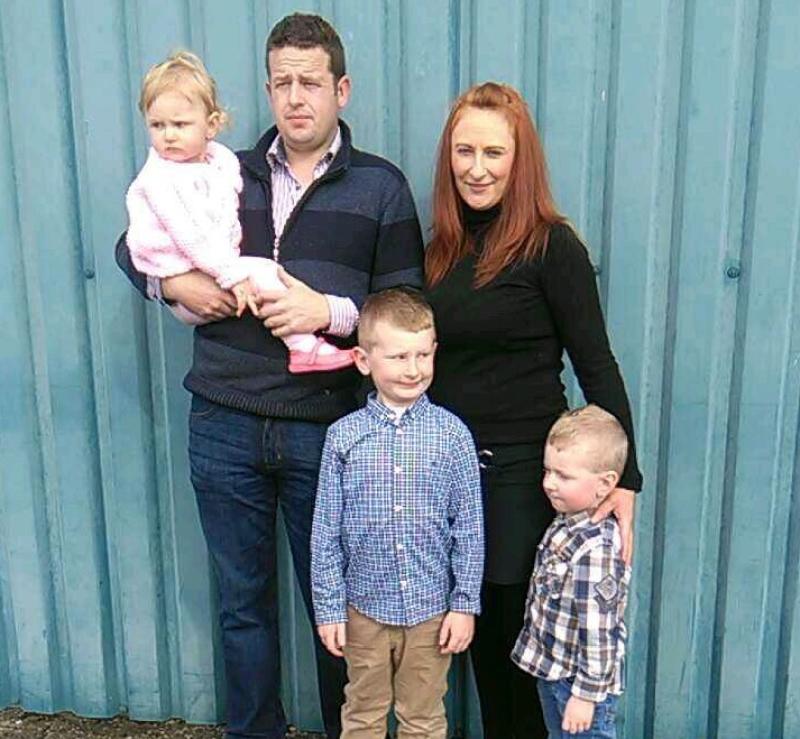 Mary Claire Knowles with her parents Anthony and Rose, and brothers Daniel and Anthony jnr.

Tonight while thousands of Laois people united to save their hospital on Portlaoise streets, one little girl is once again in Paediatrics after her life was saved again by skilled staff.

Little Mary Claire Knowles, aged 19 months, from Ballyroan, was rushed to Midlands Regional Hospital Portlaoise for the second time this week with seizures. She suffers from the rare Dravat's Syndrome.

Last night Friday December 1, her seizure was so bad that she went into respiratory arrest.

Her parents Rose and Anthony had intended to join the march tonight, but instead Rose has told the Leinster Express how angry she is that the hospital is at risk, and how glad she was to see such a crowd gather to protect it.

"It is great to see a major turnout this evening for the hospital, fantastic to see. Myself or Anthony couldn't make it as Mary took bad last night and went into respiratory arrest again. Third seizure this week. Its a tough week but as always Mary was in good hands and is in slow recovery this evening in Paeds. We would be in deep waters if this was to be taken from us. Makes me so angry," Rose said.

She sends a heartfelt thank you to staff.

"Just to say thank you so much to all the nurses and doctors who worked on Mary for 39 min last night, they prevented her yet again being intubated, by supporting her airways and bringing her back breathing by herself. Fast acting care, great work by all, thanks ever so much from the bottom of our hearts x," Rose has said.

It is the 31st time in the last six months for Mary Claire to be rushed to Portlaoise. See more here.

VIDEO: Minister Charlie Flanagan vows to do utmost to save Portlaoise hospital services.