Just one home approved for extensive repairs after Laois floods 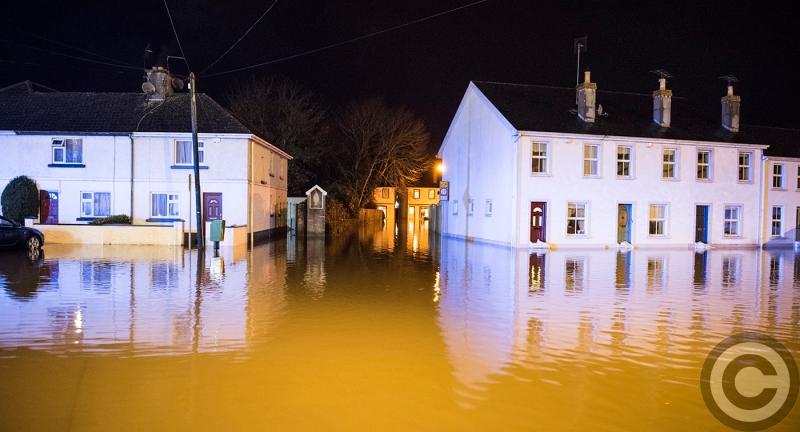 Just one home has been approved for extensive repairs under the Department of Social Protection flood relief nearly a month after a deluge swamped towns in the county.

This comes as voluntary group Mountmellick Flood Community Support has over 60 households on record who are dealing with the devastating damage in their houses.

The Department of Employment Affairs and Social Protection confirmed to the Leinster Express that in total, flood relief of just €44,000 has been provided to flood victims in Laois. 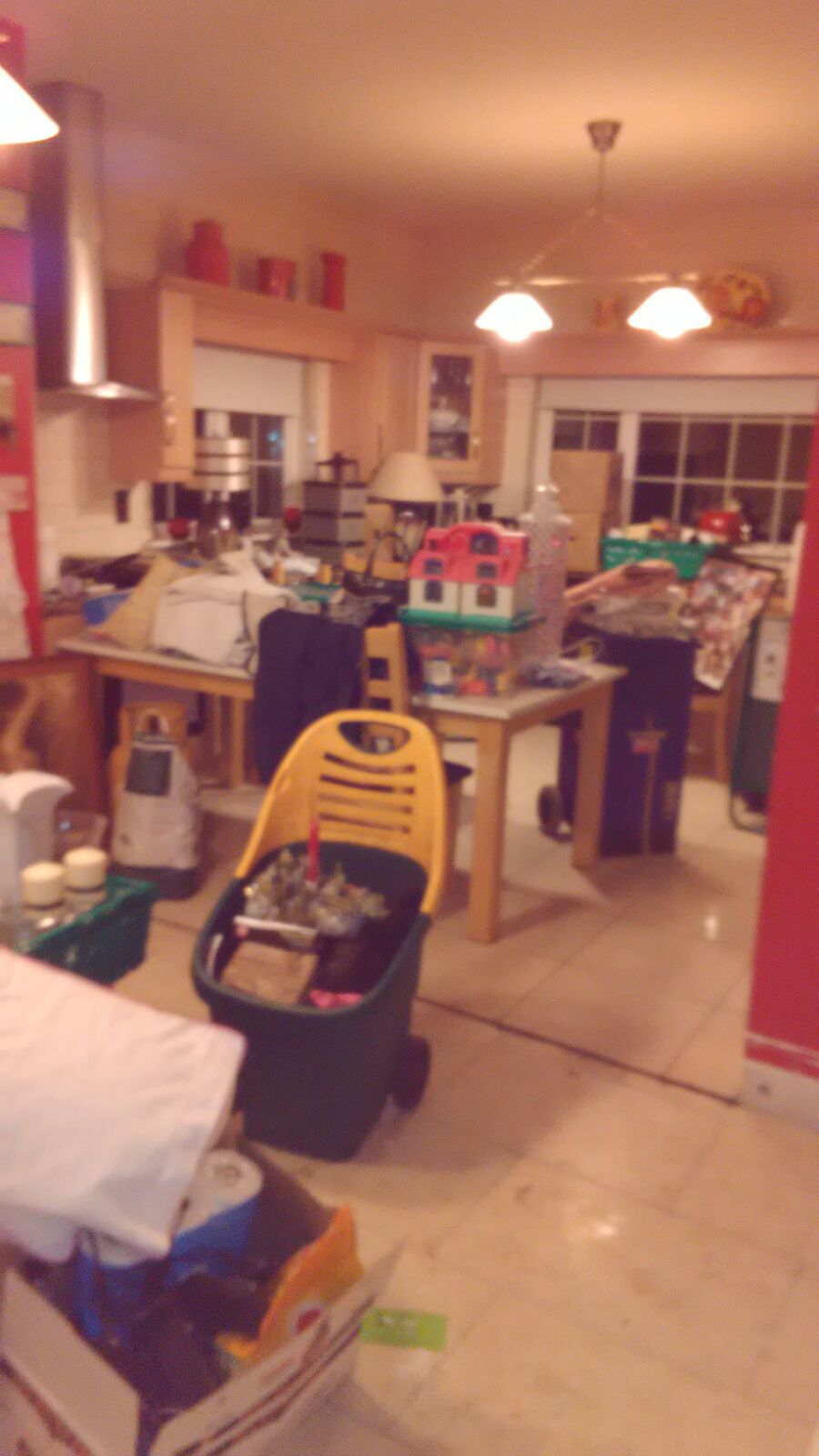 PICTURE: Inside Betty Knight's home on Manor Road, Mountmellick one week after the flood.

This €44,000 has been paid out under three different stages. Most of the payments went on immediate relief in the days after November 22.

Stage one was to provide emergency income support payments (food, clothing and personal items) in the immediate aftermath of the event. These payments were made immediately to the families and individuals affected. In total, 67 payments were made to flood victims in this category.

It is not until the flood water abates and houses dry out that the full extent of the damage to homes will become known and the Department can begin to make these payments to the people affected. One month on, it has made 14 payments in this category. Four of these payments are pending.

Stage three is to identify what longer term financial support or works are required.

"It could take some time before the third stage of response commences and this involves a cross Departmental/Agency response. Works carried out can include plastering, dry-lining, relaying of floors, electrical re-wiring and painting."

One Stage three payment has been made to one household affected by the flooding. Six are pending.

In summary, of the €44,000 paid to date there have been 67 Stage One payments, 14 Stage Two payments and 1 Stage Three payment.

There are ten payments still pending of which four are Stage 2 payments pending and six are Stage 3 payments.

In the meantime, while these payments have been pending, Mountmellick Flood Community Support voluntary group has been on the ground with flood victims. 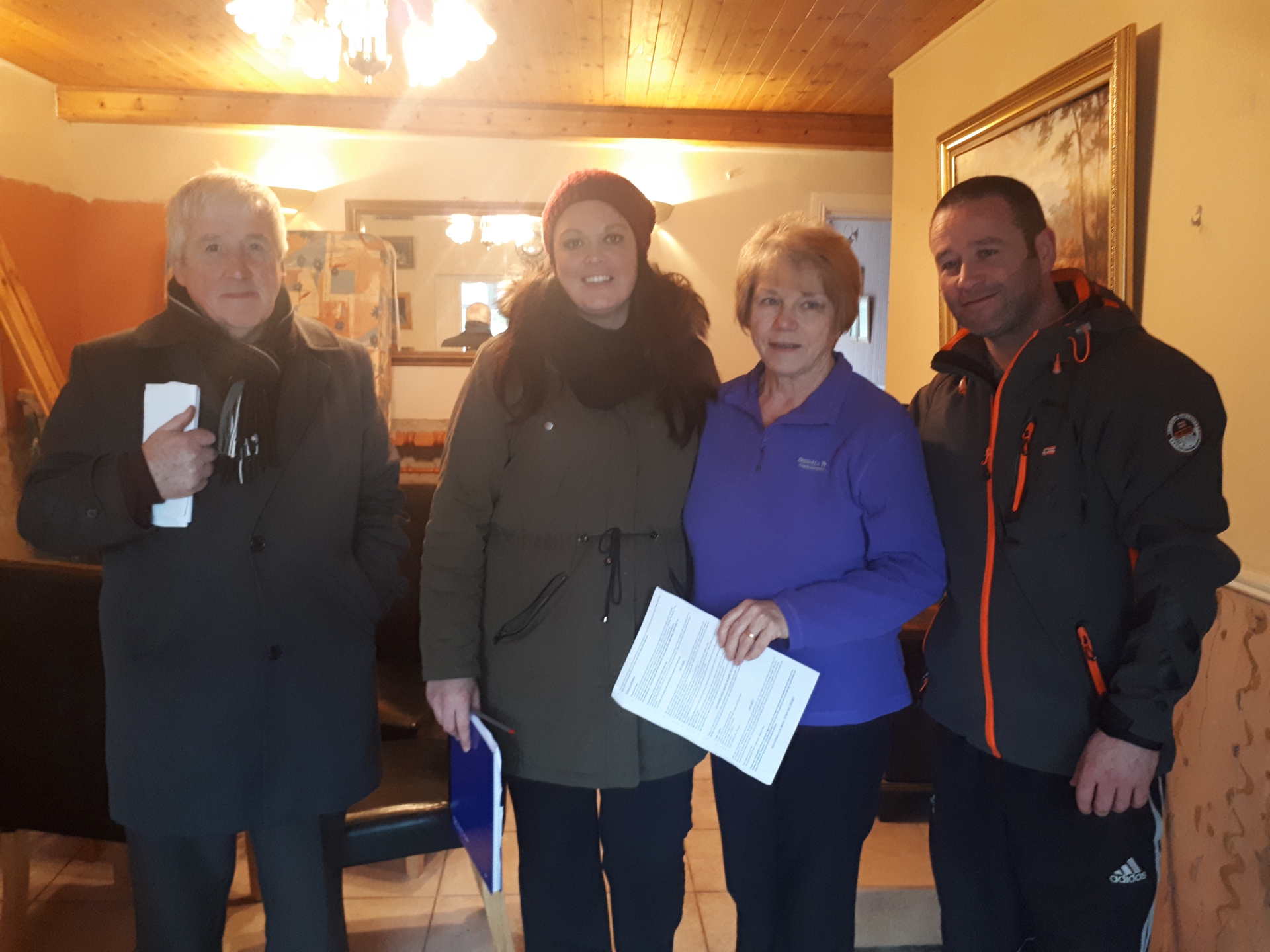 Picture: Mountmellick volunteers with Kathleen O'Neill whose home was still drying out three weeks after the flood.

The support group has collected furniture donations, stored it, delivered it to new homes. It has knocked on the doors of businesses asking for donations and had floors replaced in many homes in Mountmellick already thanks to donations.

It has helped with gutting out homes that were contaminated with flood water, it has brought houses back to their original state.

Over €10,000 has been raised for the Mountmellick flood support group. The volunteers have knocked on doors handing out cheques to people in need.

Edel Watchorne is the Treasurer of the group and she explained how the funds raised will be distributed.

“What we plan on doing is offering everybody a standard payment so what we are going to do is not means test it but per household and per occupant so that seems like the fairest way.

“We don’t actually know what we have in the account at the moment but we are going to allocate for example 50 percent of that for standard payments, 25 percent aside for emergencies and 25 percent for people who haven’t got insurance and stuff like that," she said.

Leinster Express has been on the ground with the volunteers visiting families affected. One family stayed in emergency accommodation in a hotel for three weeks.

Leinster Express has also learned that Laois County Council is to be refunded €245,000 for the emergency services it provided during the flood and the aftermath including fire and rescue emergency services, sandbags, skips, dehumidifiers and the provision of emergency accommodation.

It is understood this money will be included in the 2018 budget for the local authority.

A fund worth €2 million was approved to help clubs, organisations and small businesses hit by the floods that caused extensive damage.

This €2 million support scheme is for businesses and community/voluntary/sporting bodies affected by the floods.

The Irish Red Cross will administer the Scheme and application forms are available on the website here.

Two more €1000 donations for Mountmellick flood victims ahead of Christmas.