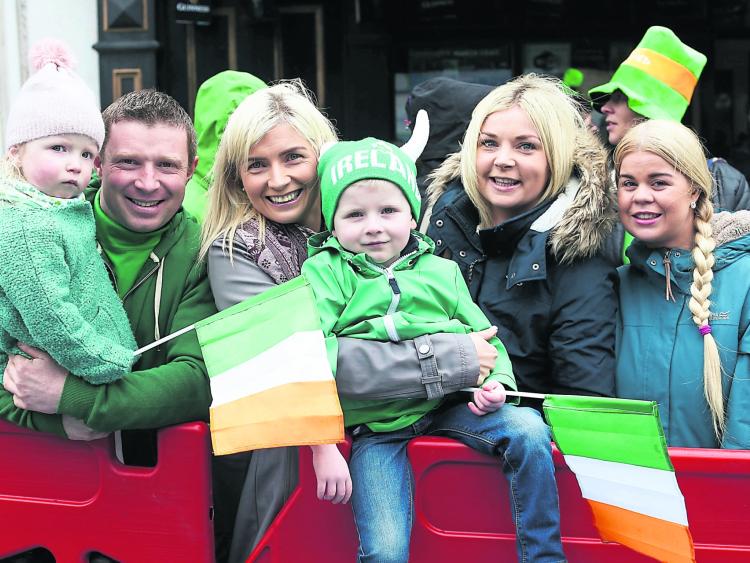 One of the most impressive and biggest parades in the midlands is at risk of being cancelled due to a hike in insurance policy and a debt left over from last year's parade.

An online crowd funding campaign has been launched to raise funds to keep the annual tradition of a St Patrick's Day parade alive in Portlaoise.

So far, €190 has been raised of the €3,000 goal. Organisers have said that the parade will not go ahead unless the funds can be raised.

Overall it takes around €10,000 to run a parade like the one Portlaoise has seen over the past number of years.

The committee has been left with a debt after a wet day meant numbers were down last year.

The parade, which is also an enjoyable afternoon festival for families and people of all ages has also had a hike in the cost of insurance.

According to chairperson of the committee, Monica Delaney, the insurance was always €426. Last year this increased to €825 for no reason, there have been no claims on the insurance policy.

Monica has said that there is only one insurance company who covers events like this so there is nothing they can do.

Insurance is essential for the parade as people will be on ladders hanging up banners and bunting.

Other huge costs include barriers, bouncing castles, paying musicians and other entertainment on the day.

The committee is asking the public for their help with donations and for any local businesses who might be able to make a donation to get in touch with them.

Voluntary committee members have subsidised some of the costs out of their own pockets in the past according to Monica who has been on the streets with volunteers setting up the parade at 6:30am on the morning of March 17.

This is the first time in 15 years that the town of Portlaoise may not see a St. Patrick's Day Parade.

Parade organisers have said that they are hoping the community spirit in Portlaoise can help them to pull through and make sure the parade runs on March 17.

If you would like to donate what you can and help you can click the link here.

The committee has one week to raise the funds, the parade will not go ahead if the money is not there.

VOTE: What are the best pancake toppings on Pancake Tuesday?