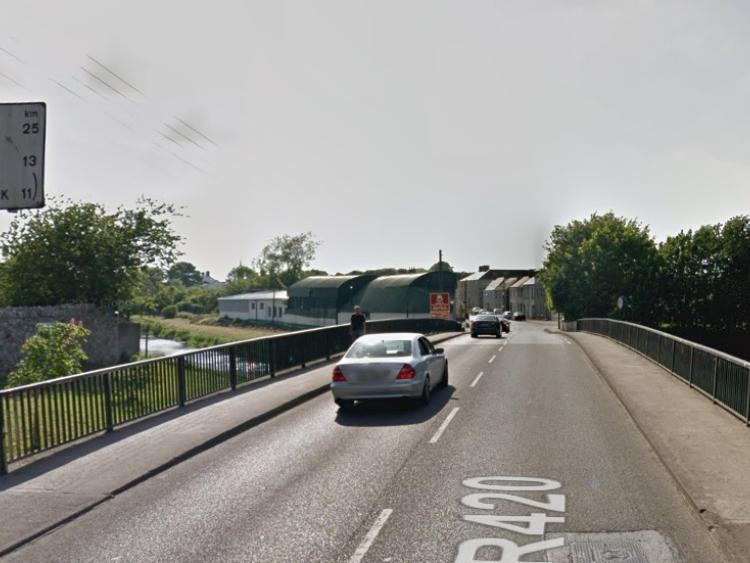 The bridge over the River Barrow at French Church Street Portarlington, to get new rails, lights and paths

A bridge over the River Barrow in Portarlington on the border of Laois and Offaly, is to get a major facelift this summer.

The bridge on French Church Street, beside the town's famed 'LIFE' sculpture, will get new railings, lighting, and if there is money found, new footpaths.

The cost will be shared between Laois and Offaly local authorities.

Portarlington's Cllr Aidan Mullins said the "box steel" railings on the bridge are loose at either end.

"They will be replaced with black rails with design features on them, and new lights either end that will be better looking. I have asked for adequate lighting on the bridge too," he told the Leinster Express.

Today Wednesday March 21, he requested and got an update at the Port Graiguecullen Municipal District meeting.

Engineer John Ormond said that Laois County Council has appointed RPS Consulting Engineers to prepare tender documents and complete an appropriate assessment of the proposed works as the bridge is within a Special Area of Conservation, which is the Barrow river.

He said it is expected that parapet replacement works will be tendered this April.

"Subject to available funding and tender prices the finished scheme will have a full upgrade of the bridge parapets and footpaths," the engineer said.

The works will require the river to be fully screened to protect it from pollution.

Cllr Mullins expects it to take place during summer, which he welcomes because schools will be closed and the job will cause less traffic disruption.

"Hopefully the river will be at its lowest then as well," he said.

Some of the money will come from the Town & Village Renewal Scheme awarded to Portarlington a year ago.

"Portarlington Tidy Towns will be delighted to see this work done. It will enhance the entrance to the town," Cllr Mullins said.

His motion was seconded by Cllr Tom Mulhall.

"It is rightly so that Offaly county council should contribute almost 50 percent of the cost, this is a county boundary bridge. It will improve the image of the town," he said.