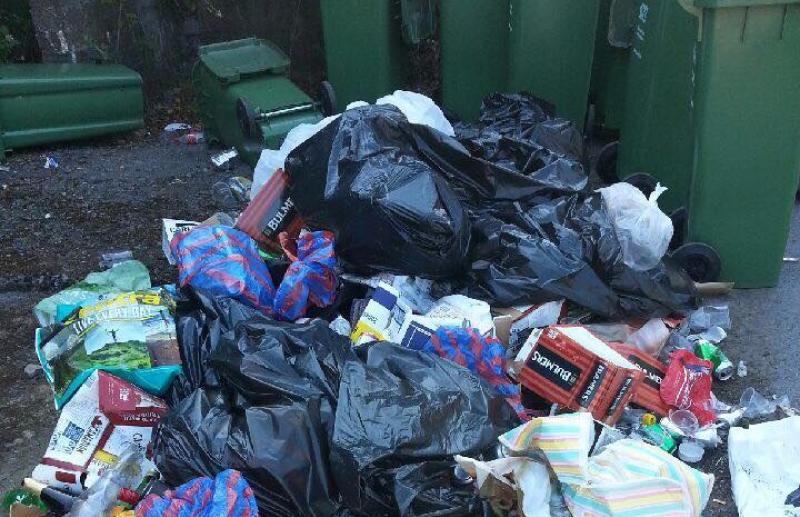 The star of RTE’s Dirty Old Towns show back in 2012, Portarlington on the Laois Offaly border is again facing serious problems over dumping.

Last year the Tidy Towns group pulled out of the national Tidy Towns competition in “frustration”, while the committee has shrunk to just six people.

Chairman Kevin Hoey described the level of dumping as “industrial” to the Leinster Express.

“We have been in touch with Laois and Offaly county councils and TDs over the sheer level of dumping. It is literally on an industrial scale. It is in the river, every walkway, woods and gate, but it has fallen on deaf ears,” he said.

He said the town, the second biggest in Laois, is rarely visited by a council street sweeper.

“This adds to the whole town being degraded. There has never been any funding for Portarlington, for footpath repairs, there was always an excuse.

“It’s only when we drive to other towns like Durrow, Abbeyleix and Portlaoise that we see the difference. Here seems to be terribly forgotten,” he said.

They took the difficult decision to pull out of the national Tidy Towns competition, over “pure frustration” Mr Hoey said.

“If you want anything done, you have to keep lobbying and lobbying. It should be just an automatic function of the council. Every signpost is damaged, and they are just left like that,” he said.

What was once a vibrant committee with huge community support, has dwindled in recent years to just six people to cover the whole town across Laois and Offaly, and all the estates.

“A lot of members had drifted away, they came full of enthusiasm, but got beaten down. It should be about improving the town, not just picking litter. Any problem we try to tackle, we have to duplicate our paperwork to go to both councils,” he said.

The large number of illegally parked temporary dwellings is a huge problem he said.

“It is a huge problem. Canal road is a dumping ground. That is the main entrance to the town from the train station, there is literally tonnes of rubbish,” he said.

The town on the Laois Offaly border currently has three unauthorised halting sites around the town, as well as an official halting site where dumping is also a problem.

“Last year I think there was a realisation in Laois County council that improvements were needed, the town was starting to become ghettoised. We got a commitment that funding would start to be put in place,” Mr Hoey said.

A joined up meeting was held recently between the local authority, politicians and Gardaí on how to resolve the unofficial halting sites.

The Tidy Towns committee has also written a detailed action plan for the coming three years, and has given copies to Laois and Offaly county councils to ask for their help to fulfil it.

The group is also working with both councils to implement a Landscape Improvement Plan.

“The feeling is positive. You can tell that by a meeting, it used to be dismissive but over the last six or eight months, it is positive. We have two councillors now that are the best we have had in a long time,” he said.

There is still time to reconsider entering the 2018 Tidy Towns competition.

“There is probably four or six weeks left to decide. Work has been promised before, but now is the time for action," Mr Hoey said.

Below: Portarlington volunteers cleaning up in 2012 with Dirty Old Towns? Presenter Diarmuid Gavin. 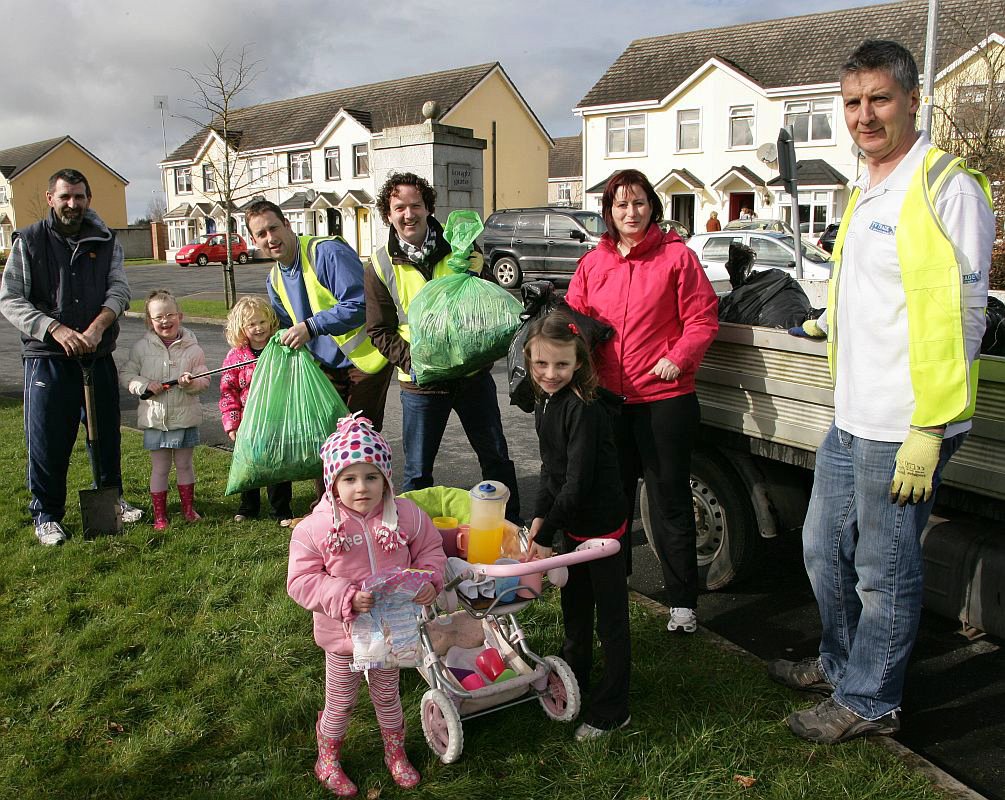