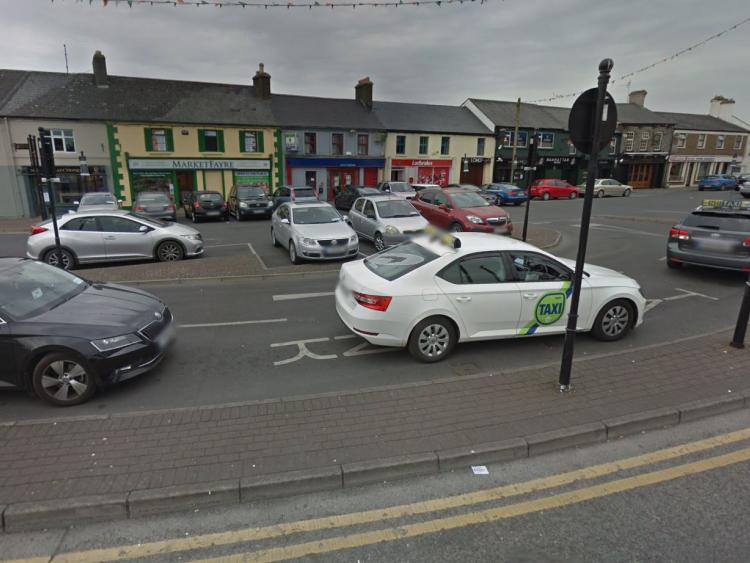 Fighting and anti-social behaviour between people with ‘excessive drink taken’ at the Market Square/top square in Portlaoise could be eased by installing a barrier at the taxi rank according to a Portlaoise councillor.

Cllr Pauline Madigan suggested that a permanent barrier could potentially ease the anti-social behaviour in Market Square when people come out of nightclubs after drinking excessively.

Both Cllrs Caroline Swane Stanley and Noel Tuohy were against the idea. Cllr Dwane Stanley said she did not see the need for it and Cllr Tuohy said it would send out the wrong impression of the town.

In response, Cllr Madigan said she was not like Donald Trump asking for a wall to be built.

“It’s not like I’m talking about Trump here and building a wall people can’t get over. I’m literally talking about something that would mean that when people have excessive drink taken that it is not going to make them angrier than they should be. I’m not the only one I’m sure that has heard of fighting, excessive fighting.

“I received a number of representations in relation to this that seemingly when people are coming out of the night club after hours and they are queuing for the taxi rank that some people get into a taxi before it’s their turn.

“We have seen this in local media court reports, that this can become a serious issue that eventually some people have said to me that it could become a very very serious issue.

“One suggestion that was given to me which personally I thought was a great one, is putting a permanent barrier there so that when you have night clubbers or people coming out at that hour to queue for a taxi that at least there will be more of an orderly queue.

“It’s not that anybody means anything bad but when one person tries to get in [to a taxi] before somebody else and then because of excessive alcohol consumed that we do have anti-social behaviour happening and it is an issue if that was something that could be looked at it would be great,” she said.

Cllr Noel Tuohy said he was against the use of a barrier because of the bad impression it would give people and he used the example of Limerick having to shake off its bad reputation.

“There is no more trouble in this town than any other town in the country it’s actually quite good.

“I would be totally against barriers, you don’t start setting that stuff up in the top square it sends the wrong message completely out about the town.

“Limerick is one of the finest cities in this country, a beautiful place to visit but it had its reputation and they found it hard to shake off the reputation of stab city and all the rest. I’d be against getting the impression out there that there is a problem in Portlaoise, there isn’t a problem in Portlaoise any more than you would expect in a town its size,” he said.

Cllr Caroline Dwane Stanley said she did not see the need for the barrier and said it is more of a policing issue.

“I haven't come across any great problem at all in terms of any disorderly behaviour no more than you would hear anywhere else. I’m not sure if a barrier would work. I think to be honest it is more of a policing issue that is just my opinion I have to say I would have had no reports of any major problems in the area at all,” she said.

What do you think? Let us know on Facebook and Twitter if you think anti-social behaviour is an issue in Market Square and what can be done about it?