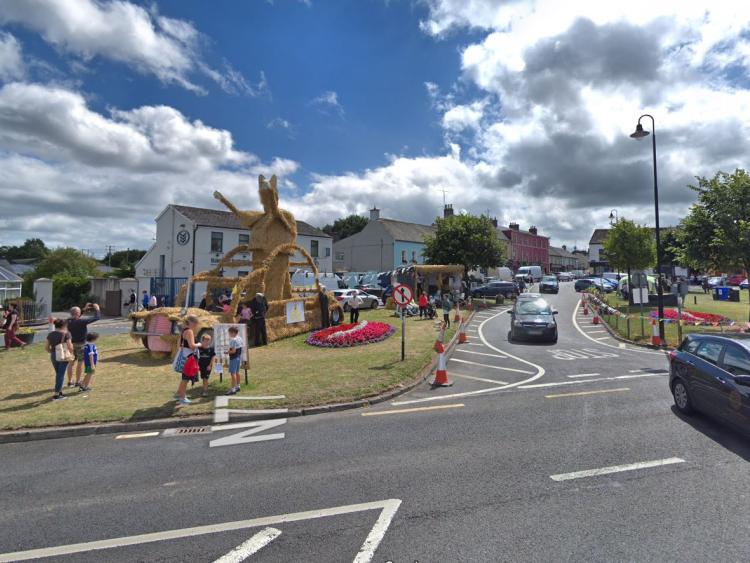 Laois residents have raised concern that ongoing roadworks in their village won’t be done in time for welcoming thousands of people to one of Laois’ biggest festivals.

Laois County Council is deploying 'extra crews' to get the work done in time along Mary Street and in the Square in Durrow. The work includes public lighting upgrades, footpath upgrades and pavement resurfacing.

The Durrow Scarecrow Festival kicks off on July 28 and extensive roadworks are still ongoing.

The unique festival brings busloads of people to Laois from all over the country. Residents have been expressing their concern over the footpaths being dug up, according to recently elected councillor Olliver Clooney.

Cllr Clooney said he has heard from a number of locals who are asking that the roadworks are completed in time for the festival.

Tadhg Madden is a Senior Engineer at Laois County Council overseeing the project. He said extra crews are going to be on-site to make sure the work will be finished in time for the festival.

"The works currently taking place in Durrow will be completed in advance of the festival.

"I have spoken with residents and traders and have assured them that works will definitely be completed before July 26.

"There are extra crews arriving on-site tomorrow and on the weekend with a view to having works fully completed by Thursday, July 25 at the latest," he said.

Durrow Development Forum published the following message on its website durrow.ie on July 15:

“Durrow Development Forum are delighted that Phase 1 of the paving of the footpaths and parking area along by the Castle Arms Hotel and smaller Green area and Phase 2, the upgrading of the public lighting and footpaths on Mary Street is progressing in such a timely manner, patience is appreciated whilst these much-needed works are ongoing and they will be completed in time for the Scarecrow Festival. DDF and Laois County Council have been working together for the past five years to get this stage of the Square Plan Completed and understand fully how much of an inconvenience it is to both residences and businesses in Durrow. The plan when finished will make a huge improvement in the area and will add significantly to Durrow which is already one of the regions best examples of Town and Village renewal in the country. DDF and Laois County Council really appreciate your support, encouragement and patience during this time.”