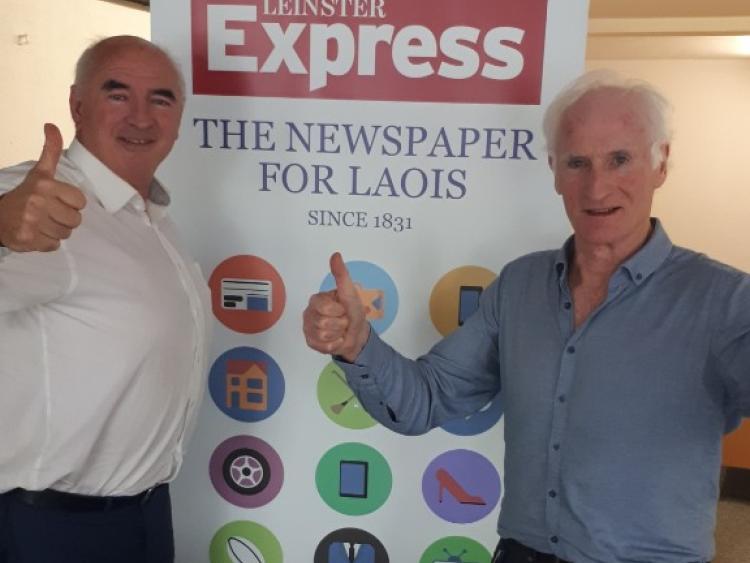 Well-known environmental campaigner Duncan Stewart is coming to Laois as part of a project to help make the county a greener more sustainable place to live.

Duncan Stewart, who has brought green issues into the spotlight through Eco Eye on RTÉ, is part of two parallel projects which include community and school projects.

Mr Stewart has teamed up with Portlaoise resident Damien Nee to deliver the programme between now and the end of 2019 under the banner of Eco Ed 4 All.

The project, which is supported by Leader funding through Laois Partnership, will involve four themed workshops where the community will be asked to give their input on what environmental friendly changes can be made in peoples everyday lives.

The first workshop acts as an overview but will focus on home sustainability and what steps householders can take such as retrofitting homes and cost-effective ways to make them more energy-efficient.

The second meeting will focus on transport in the community and how people can be less dependent on cars.

Protecting biodiversity is the topic for a third workshop while the community series will conclude on a workshop which focuses on agriculture and exploring ways farmers can make a living without being dependent on loss-making production, such as beef production.

The aim is to put climate change to the top of the agenda of students by running training for teachers at the Laois Education Centre in Portlaoise. It is hoped that this process will act as a springboard for teachers who want to launch green projects in schools across Laois. Primary teachers are welcome to get involved.

It is hoped this could be a pilot that could be extended to all counties.

Mr Stewart said he hoped a roadmap for Laois would emerge from the people who participate.

“A massive transformation has to take place and it has got to come from a bottom-up approach,” he said.

Mr Stewart and Mr Nee outlined details of the project last week after meeting with Laois County Council's Chief Executive, John Mulholland. They said he backs their initiative as the council is also embarking on a pilot project to make Portlaoise a low carbon town which has a €2.6 million budget.

More details of Mr Stewart's project will be announced at the launch on Thursday, September 12 in the Killeshin Hotel.