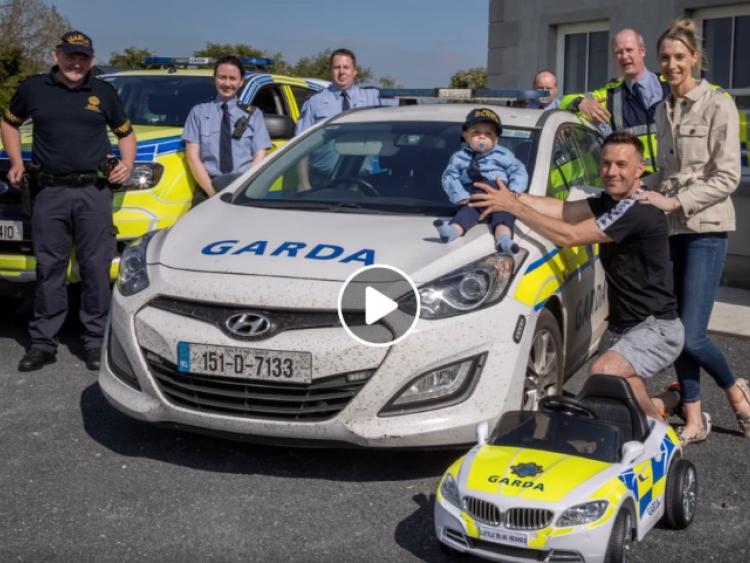 Dan Donoher gets his uniform

Congratulations to Honorary Garda Dan Donoher who received his uniform in the past few days.

It was specially delivered by Garda Roghan Headan supported by Garda Daniel Mannix, Garda Elaine Meehan and Garda Eamonn O'Connell to Dan's home in Laois as part of the the Garda charity Little Blue Heroes project.

On hearing Garda Dan's induction day couldn't take place at a Garda Station, DMR North Central decided to contact Esmark Finch so he could have his very own mini roads policing car instead for a garden patrol.

The car was presented to the Dan and his parents Niall and Aisling Donoher family Do it for Dan by Sergeant Ger Campion and Garda Aimee Hanney.

Ado Finlay to the photos and video clips and music was provided by bensound.

The Little Blue Heroes is a not-for-profit charitable foundation established by Garda staff which aims to support local Gardaí in providing financial assistance to families in local communities who have children undergoing long-term medical treatment for critical illness.

More from the presentation day on the Little Blue Heroes facebook page.