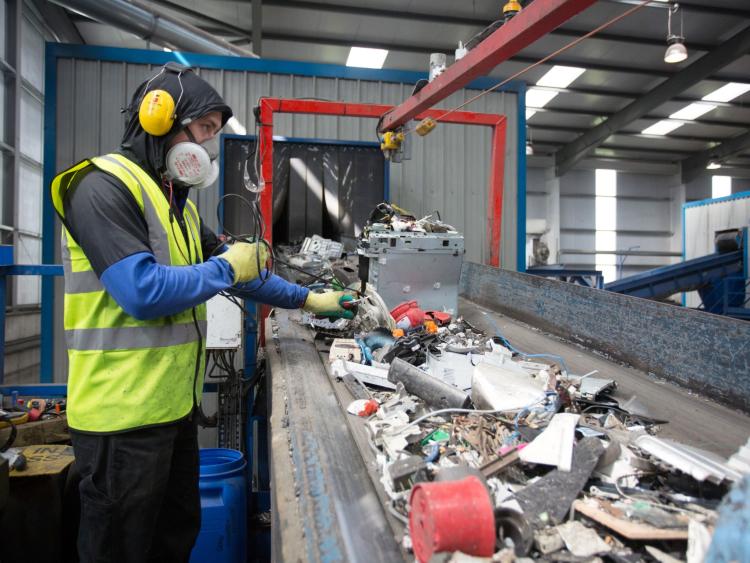 Laois people recycled 7.06 kg of electrical waste per head of population in 2019, a new report has revealed.

A total of 598,023 kg of electrical waste was recycled for free at local authority centres, WEEE Ireland collection days and participating retailers in the county in 2019.

WEEE Ireland was the second-best performing recycling scheme in Europe in 2019, with 38,594 tonnes of waste electrical items and the equivalent of over 44 million used AA portable batteries collected, its annual report has revealed.

And the scheme was one of the few in Europe to meet a landmark EU environmental Directive target to recover the equivalent of 65% of the average weight of all new electrical equipment placed on the market by its members over the three preceding years.

However, its CEO claims that the country could struggle to meet the 65% benchmark figure this year if an expected glut of waste electrical items is not diverted from landfill.

“Households throughout the country have used the lockdown to carry out extended spring cleaning, and it is vital that these end of life electrical items do not end up in landfill, or worse illegally dumped, destroying the progress that we have made as a nation,” said WEEE Ireland CEO Leo Donovan.

“Now that people are free to travel within their counties, we are urging consumers to avoid an e-waste crisis by recycling for free at their local authority recycling centres and participating retailers which have now reopened.

“2019 was a major target year when we successfully demonstrated that a structure was in place to  effectively manage e-waste from households. However, 2020 brings a different challenge.

“We are facing a battle to stay on target against an increase in electrical and electronic products sold over the past three years and the impact of the Covid-19 lockdown on recycling.”

The equivalent of 227,000 tonnes of CO2 emissions were avoided by diverting e-waste from landfill through the scheme last year – the equivalent of the annual carbon consumption of 4,543 hectares of trees.

The country’s largest electrical and battery recycling scheme also exceeded the EU’s 45% target for waste portable batteries in 2019 by 2%.

“56% of e-waste collected in 2019 came from our retailer collection points, rising for the fifth year in a row, with 27% being recovered at local authority sites,” said Mr Donovan.

“Our special events such as free public collections, and in the workplace and education settings accounted for 17% of the total, showing that when prompted, the public will deliver – with almost every county in Ireland showing an increase on their annual recycling figures.” 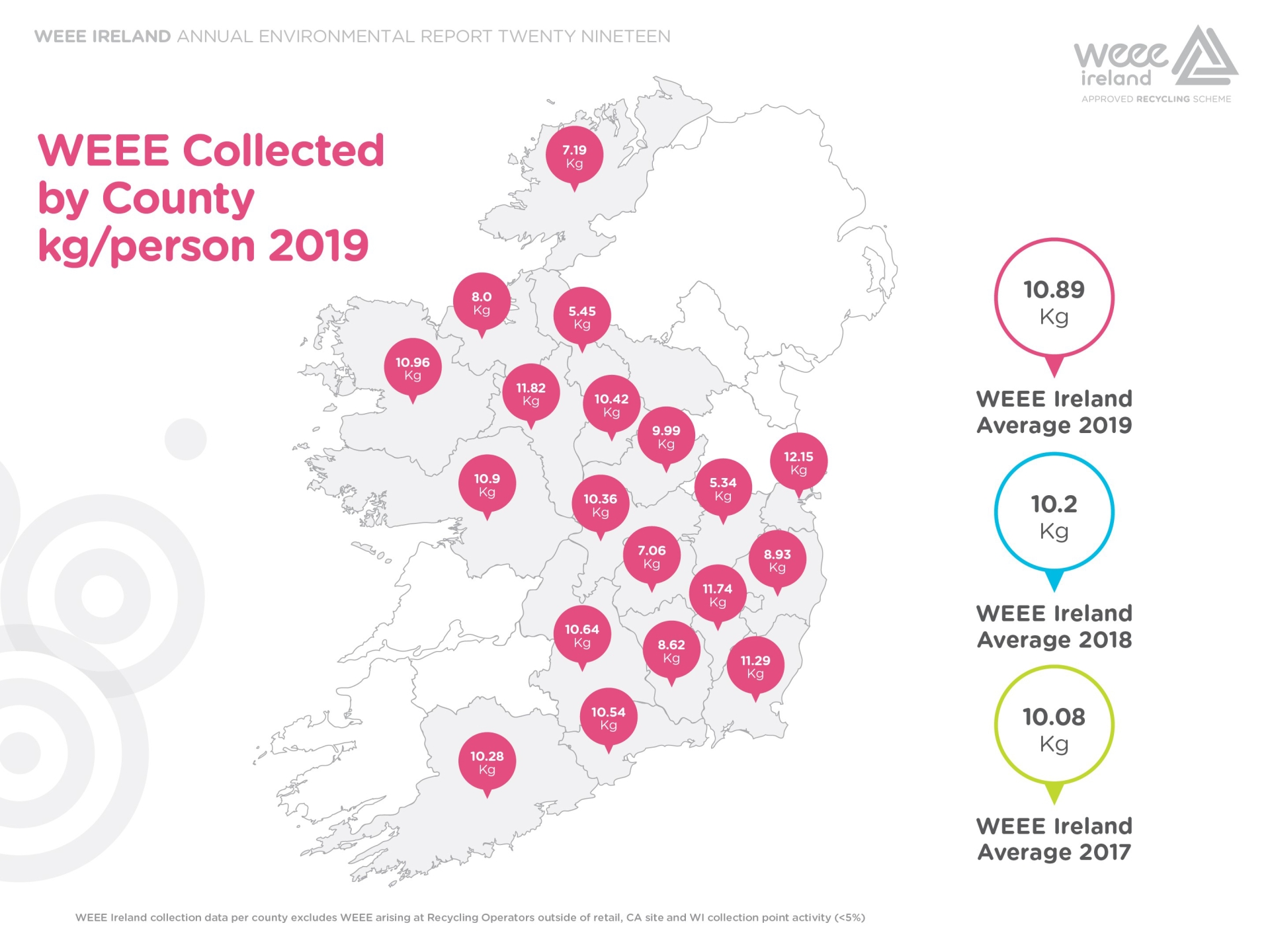 For an interactive map of local authority recycling centres and participating retailers and to find out more about what can be recycled, visit weeeireland.ie