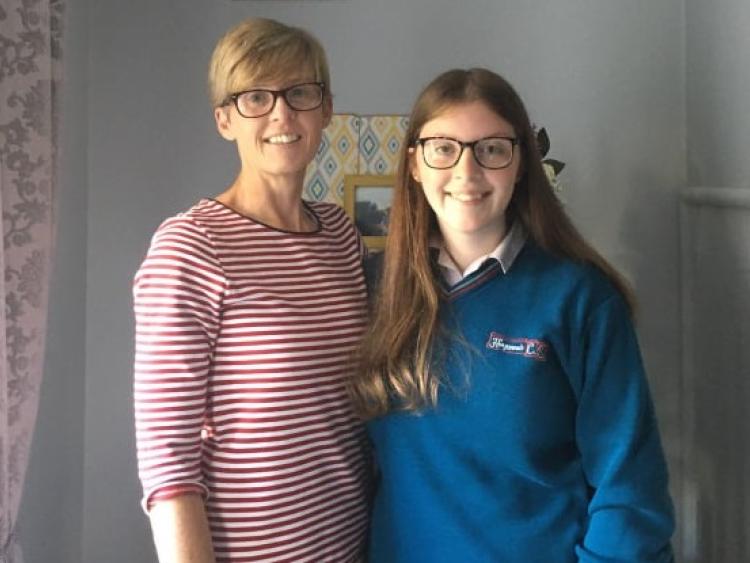 A Laois mother of four is going to run a marathon virtually from her doorstep, for a charity that is helping her teenage daughter to cope with arthritis.

On Sunday October 25, the day of the cancelled Dublin City Marathon, Melissa Fenelon, 40,  will set out from her home in Ballinakill and run to Ballyroan, then Abbeyleix, back to Ballinakill, on to Durrow and finally returning to Ballinakill, the full 42.2km.

She will still get a medal posted out from the marathon organisers on completing her epic 26.2 mile race, but it is not for glory that Melissa is running.

“I want to raise awareness and raise money for Arthritis Ireland, that is my number one priority,” she said.

Her eldest child Kaitlin was diagnosed last year with a condition called Psoriatic Arthritis, just before her 16th birthday.

An autoimmune disease, psA sometimes develops in people who have psoriasis in their family genes, which is surprisingly as high as one in 50 people.

“The body is fighting against itself. She could be fine one day then there’s a change in the weather, and her knees ache and get stiff and inflamed, with chronic fatigue. It’s very unpredictable. Kaitlin injects herself every second Friday and takes medication. It can flare up anywhere, her fingers, ankles, knees," she said.

Kaitlin attends Heywood Community School and is now in 5th year. Covid-19 is an extra worry.

“We cocooned ourselves this year for her and she didn’t stir from home, so going back to school is a worry. But her school have been fantastic, and she has a great group of friends," said Melissa.

“A lot of people associate arthritis with old people, they don’t think that at 17 you might have a disease that makes you feel like a 70 year old at times. People are coming up to me telling me they can’t believe it,” she said.

Melissa has put sponsorship cards in Hamm's shop, Mcgraths, O'Shaughnessy's bar and Drury's bar in Ballinakill and opened a Facebook fundraiser which reached over €1,600 in less than a week.

“It’s been absolutely phenomenal, and that’s only online, not including the cards. I hoped to get €500, I can’t believe it. Everyone’s behind me, people are brilliant. And Kaitlin is delighted, proud as punch,” she said.