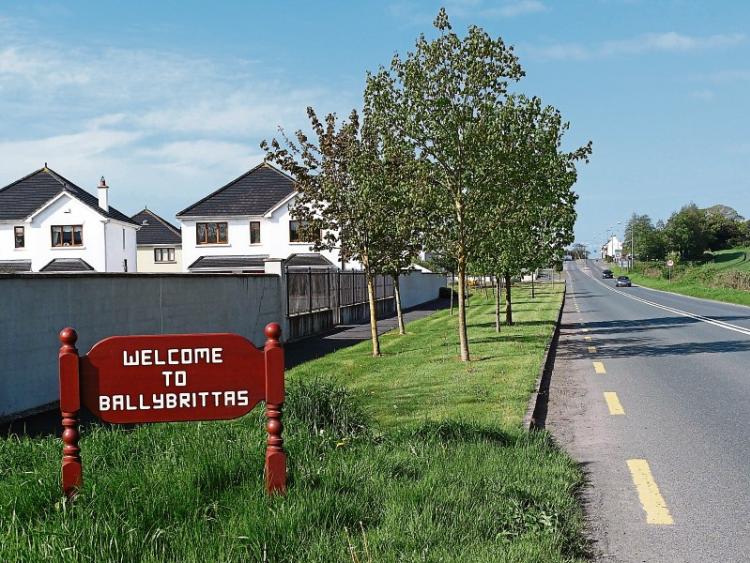 Ongoing legal issues over a sewage pumping station for Ballybrittas in Laois.

A legal challenge over a sewage pumping station in a Laois housing estate is now the only delay in connecting a whole village to the public system.

Laois County Council has agreed this September to take in charge Graigueavern Lodge housing estate in the village of Ballybrittas, next to the M7 motorway junction at Emo.

However a dispute that remains over its pumping station will mean villagers must continue using septic tanks, which they say regularly overflow onto the street.

Graigueavern Lodge has almost 100 homes, built some 15 years ago. It's sewage pumping station was built with capacity for 300 houses to help the village grow.

Laois County Council is taking it in charge after a legal document called a plebiscite signed by most of the residents of Graigueavern forced them to act.

The council estimates that the maintenance of roads and services in the estate will cost €7,500 a year, while some 40 streetlights will cost another €3,200 a year.

However Director of Services Simon Walton said that there was one representation made during their period of public notice during the summer.

“This was on the foul water pumping station, where there is a dispute to the ownership,” he said.

Mr Walton later confirmed to the Leinster Express that the village must wait for the dispute to be resolved before homes, businesses or new developments can be connected to the public system.

“No additional connections can/will be made until the legal issues with the pump station are determined,” he said.

Cllr Aidan Mullins had proposed the taking in charge, noting the “very hard work” of his colleague Cllr Tom Mulhall on the issue over the years.

“Tom put a lot of work in as did Aidan. I am delighted to see this come to its natural end. There is still a slight concern with the person who has a problem with ownership of the pumping station. It is unfortunate that Tom is not here, he had a big interest in it. Well done to Simon for getting it over the line,” he said.

Donal Donnelly lives in the village.

“The sewage has been giving problems for the past 60 years, on houses both sides of the road. It overflows onto the street. one shower and out it comes. All the backyards are destroyed,” he told the Leinster Express last week.

The council said that an agreement was made with planners to build the larger pump station, with the higher cost to be offset against development fees from future developments, however those adjoining developments never took place. The council began paying for maintenance of the pumphouse in recent years.