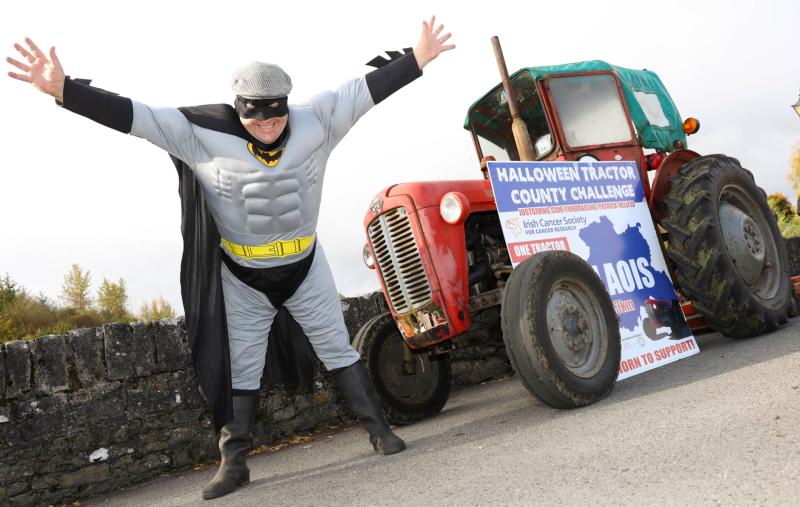 Even Batman knows that following the Government's Level 5 restrictions is the right thing to do.

Patrick Kelly (Batman) and his trusty red 1962 Massey Ferguson (you guessed it, Robin) were planning a road challenge to circumnavigate Laois in one day on Halloween, Saturday October 31.

However now with the new six week restrictions in place, Patrick has gone to plan B. Instead he is going to complete the entire 253km within the 5km limit of his Castletown home.

Robin's top speed is 26km/h, averaging in at a gentle 18km/h so Patrick estimates it will take about 14 hours of driving in circles to complete his challenge.

By day Patrick is a massage therapist from Castletown, and a former farmer. He will wear his full batman costume including cape and mask as well as his peaked cap and wellies. 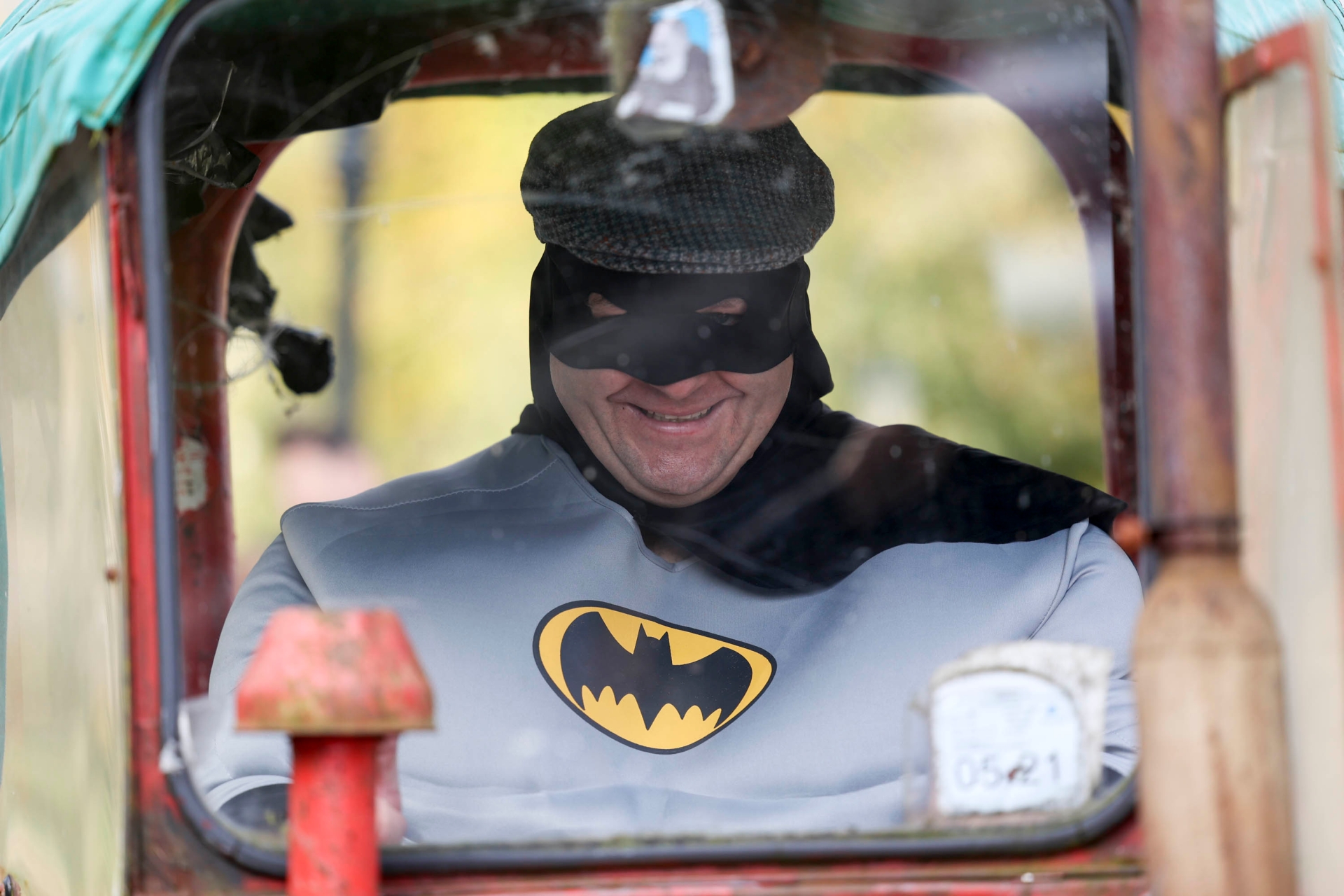 The good citizens of Laois are asked to keep their eyes peeled for Batman, with big signs on his tractor proclaiming "One Tractor, One County, One Mission'. Motorists are asked to give him a beep if they see him. 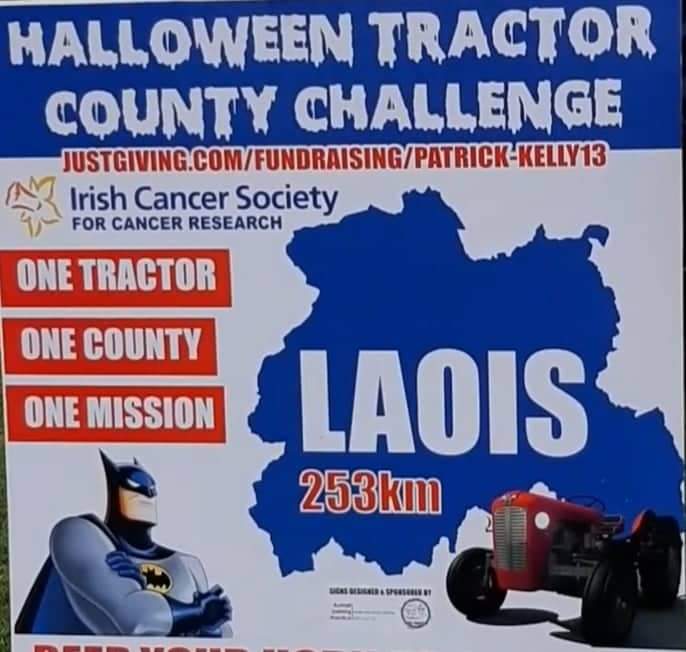 It is all in aid of the Irish Cancer Society. Patrick has held a cancer research fundraiser for the past four years, marking the anniversary of the death of his mother Mai on October 31 2016.

"Usually I donate my work that day to cancer research but this year with Covid-19 I wanted to think outside the box and avoid close contact with people. I still have my late dad's tractor, it's old school, just four wheels, a cab and engine, no such thing as suspension, if you hit a bump you feel it. But it's still more reliable than I am," he said.

"My mother was diagnosed in June and passed away in October. You wouldn't want to see your worst enemy go through it. If I can improve the quality of life for anyone I'll be happy. She would say I'm nuts for doing this, but she would back me all the way because it's such a good cause.

"There is a lot of uncertainty and sadness this year, and cancer diagnoses are being affected because screening has been delayed, so I decided to dress up and have some fun," he said.

"I'll be in Hollywood next year I'll be the new Batman," he joked.

He is thrilled that so far people have donated almost €4,000 to his fundraiser.

"It is fantastic," said Patrick.