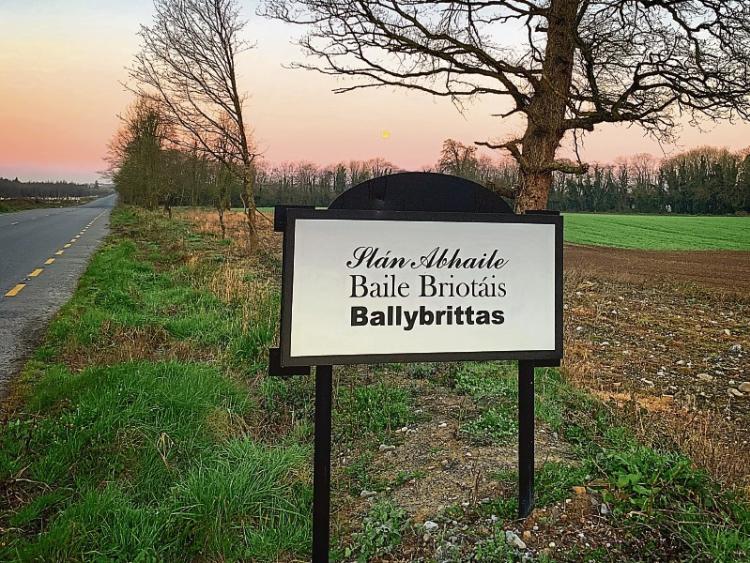 Some houses in Ballybrittas village have septic takes that must be emptied up to four times a year even though the village has a waste management system which at present serves just one housing estate.

The was the claim made by Cllr Paschal McEvoy in county hall recently where he called on Laois County Council to assist residents from Ballybrittas to connect to the sewerage scheme servicing Graigueavern which was recently taken in charge.

He said he and other councillors have been trying to resolve the problem for years. He acknowledged that the council had taken Graigueavern in charge but said the problems have not gone away for people.

“We need to get the connection as soon as possible. There are houses in that village with septic tanks that have to be cleared three to four times a year...They are living in hope that someday they will be connected,” he said at the Portarlington Graiguecullen Municipal District meeting in December.

Michael O’Hora, outgoing Senior Engineer in Water Services replied on behalf of the council in writing.

“Technically, the connection of existing developments to the Graigueavern Lodge Wastewater Network will require the provision of gravity foul sewers through the village in excess of 500m in length to cater for 80% of all existing developments. In addition, 300 m of foul sewer and a pumping station is required to pick up the remaining 20%.

“In September 2020, the Council submitted applications to Irish Water under the Small Towns and Villages Growth Programme 2020-24. The provision of wastewater network connecting to the network in Graigueavern Lodge for Ballybrittas was included in this submission,” said Mr O’Hora.

He added that the council’s Water Services staff would engage further with Irish Water Asset Strategy at a workshop in December and a further update would be provided afterwards.

Cllr Aidan Mullins did not expect the cost to be major. He was concerned about the timeframe and funding.