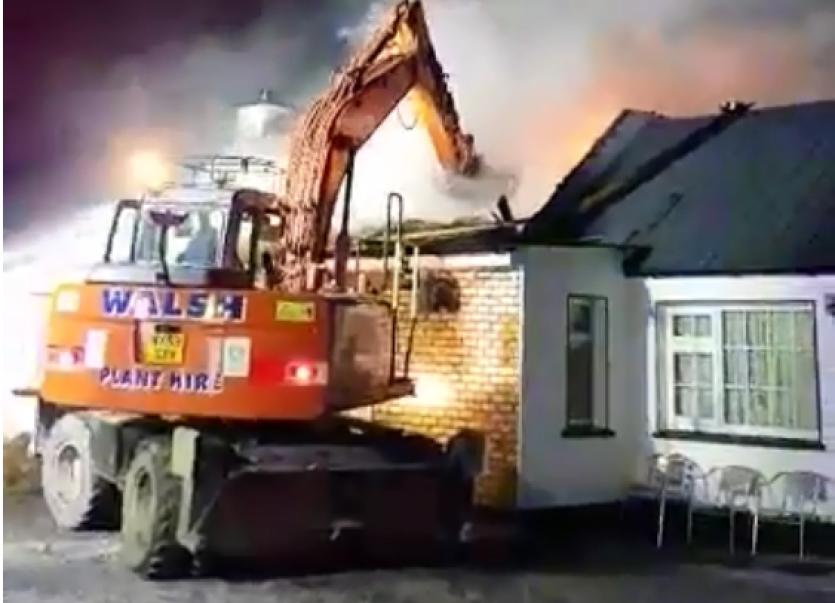 There has been an incredible community response after an elderly Offaly woman lost her home to a fire on Sunday last.

Eight-three year old Josephine Dunne was 'shocked and heartbroken' after the fire  in which she lost all of her belongings.

However there has been an incredible response from the community after a Go Fund Me Page was set up to help Josephine rebuild the house that is more than 200 years old.

Unfortunately, as the property had a thatched roof, it had no insurance but so far over €14,000 has been raised through the campaign.

You can donate to the GoFundMe page HERE.

The fire broke out at Josephine's home, just outside Tullamore, after dinner on Sunday, February 7 last. Thankfully, Josephine and her son were able to vacate the property before the blaze took hold. However,

Her granddaughter, Pearl Dunne Delaney said her gran has “lost everything” even the walls of the house were destroyed during the fire. “We don't know if the walls have to be knocked down and rebuilt from the ground up. Sadly, everything inside is done. It is a shell. All of her possessions, photographs, all her memories, everything,” she said.