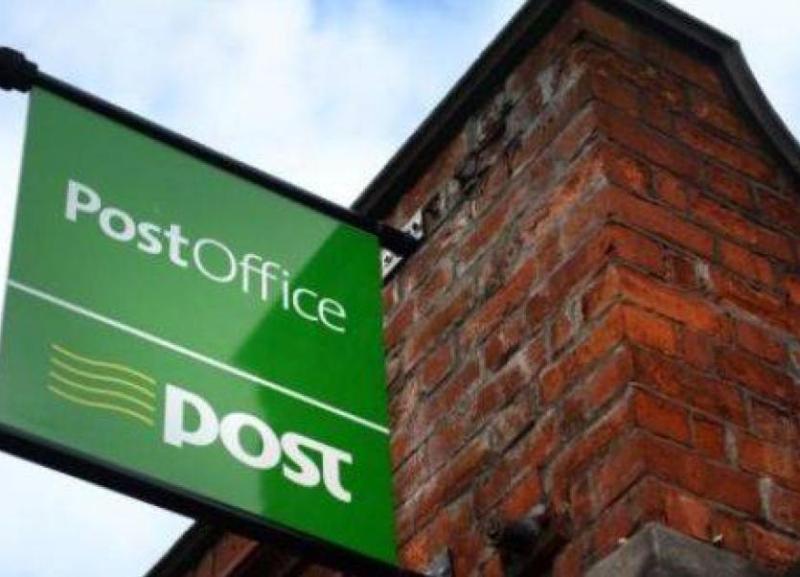 Postmasters today warned that the Government needs to act quickly and decisively to keep Post Offices open and other counties or put access to local banking at further risk.

Bank of Ireland earlier this month announced the closure of 103 branches on the island of Ireland including three in Laois.

The bank has agreed a partnership with An Post that will allow customers to make over the counter cash and cheque lodgements and cash withdrawals to ensure continuity of service.

“The question is who will provide financial services to communities, such as those where Bank of Ireland branches are to close, if Post Offices do not get Government support in time?”

Mr. Hickson said COVID-19 has made the viability of the hundreds of Post Offices even more challenging – and this would be further compounded by a significant reduction in Postmasters payments rate to take effect from July 1.

“The challenge faced is related to the delay in providing new Government services which have been promised since 2018, but are only now being seriously examined.”

Mr Hickson’s comments follow an announcement by the Minister of State for Postal Services Hildegarde Naughton last week to establish a new Inter-Departmental Group to examine directing more Government business to the Post Office Network and to report back at the end of July.

“This is too late. There is a cliff-face in front of the Post Office Network that is coming this July. Decisions need to have been made and actions taken before then.”

“While the IPU welcomes additional banking services which Post Offices will provide, such as following the Bank of Ireland branch closures announcement, this can only happen if there is a Network there to provide it.”

A report commissioned from business advisors Grant Thornton, and published last September, warned of ‘unrestrained Post Office closures’ after June 2021. Their analysis recommended an annual Public Service Obligation (PSO) of €17million, which it said would represent value for money for the State.

Mr Hickson added that the IPU had been invited to attend the Joint Oireachtas Committee on Transport and Communications Networks tomorrow morning (Tuesday, March 16).

“The IPU will recommend that an annual Government retainer payment be put in place from this summer with a commitment among all parties (Government, An Post and Postmasters) to expand the range of services provided as much as possible and urgently.

“In 2018 a national plan for the Post Office Network was launched giving a commitment to services within 3km in urban areas and 15km or community of 500 people in all rural areas. To deliver on this policy, an underpinning Government retainer is needed.”

IPU President Seán Martin said there is little point in developing a further plan if by the time it can be implemented hundreds of communities have already lost their service.

“Postmasters are ready, willing and able to provide many additional services with immediate effect. These are already identified in previous reports developed by Bobby Kerr (2016) and by An Post, Government and Postmasters in 2018.

“We already know that these include motor tax, licences, renewals, registrations, identity verification, community information, IT / Office hub – or advising and helping people to navigate their needs,” Mr Martin said.