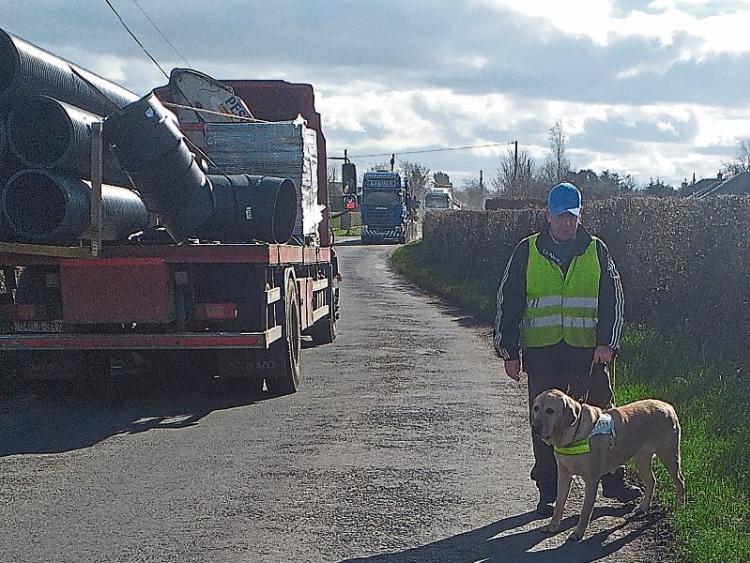 A report on the extension of a footpath to protect pedestrians on a busy road leading into Mountrath should be completed as a matter of urgency, according to a Laois councillor.

“I met Paddy Murphy (Laois Co Co Executive Technician prepares surveys and drawings) there and a report will be prepared.

“I would ask that this report be presented as a matter of urgency. This issue won’t go away,” he said.

Cllr Kelly hoped to meet residents with council staff at the location as part of making the road safe.