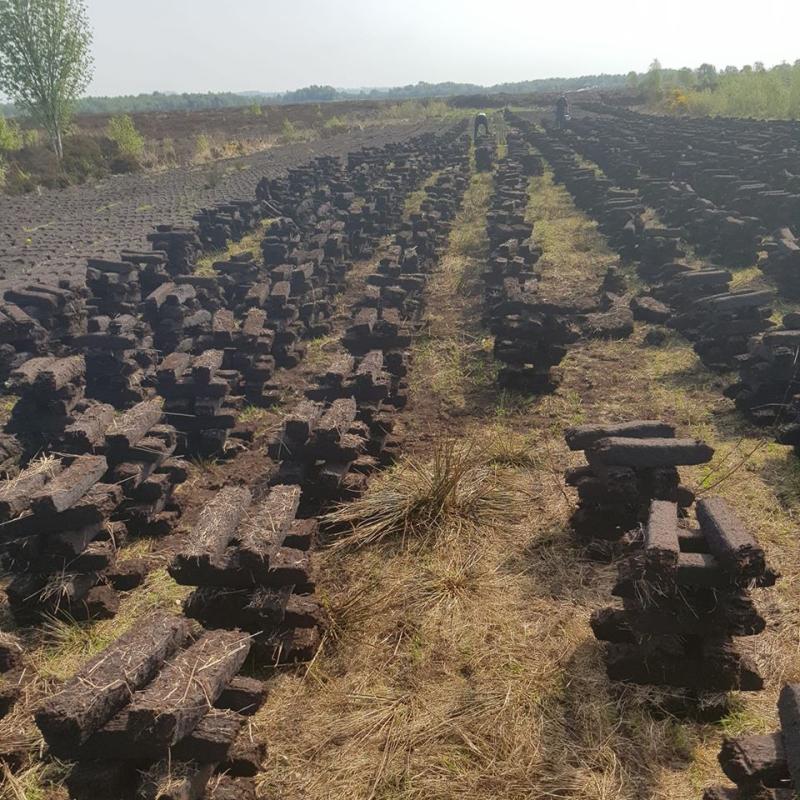 A campaign has started to persuade the Green Party's Minister for Culture to have turf cutting protected under EU or international conventions as a cultural human right.

Independent TD for Laois Offaly Carol Nolan has said she has written to the Minister for Culture Catherine Martin in an effort to investigate if traditional turf cutting practices can be protected under EU or international conventions.

Deputy Nolan said that she would be making the move following increasing concerns that those who had engaged in turf cutting for home heat and cultural reasons were effectively being subjected to a process amounting to "creeping criminalisation".

“We all know that over the last number of years the EU, in the form of the Habitats Directive, has introduced robust laws around what can and cannot be done in rural Ireland. But we also know that there are other international conventions such as the Council of Europe Framework Convention on the Value of Cultural Heritage for Society, or the Faro Framework.

“This Convention explicitly calls on states to recognise that rights relating to cultural heritage are inherent in the right to participate in cultural life, as defined in the Universal Declaration of Human Rights.

“For the purposes of that Convention cultural heritage is defined as a group of resources inherited from the past with which people identify, independently of ownership, as a reflection and expression of their traditions.

“It is also quite clear that a heritage community consists of people who value specific aspects of cultural heritage which they wish, within the framework of public action, to sustain and transmit to future generations.

“I would be suggesting that there is a great degree of overlap between what the Convention says and what those who engage in traditional turf cutting have always done.

"Of course, there is the home heating, energy supply side of this debate and that is crucially important. But the cultural and heritage angle to this issue is often overlooked. Turf cutters deserve the full protection of the law, both domestic and international. That is something I will be working to achieve on their behalf,” concluded Deputy Nolan.

She made the appeal to Minister for Tourism, Culture, Arts, Gaeltacht, Sport and Media Catherine Martin who is deputy leader of the Green Party.