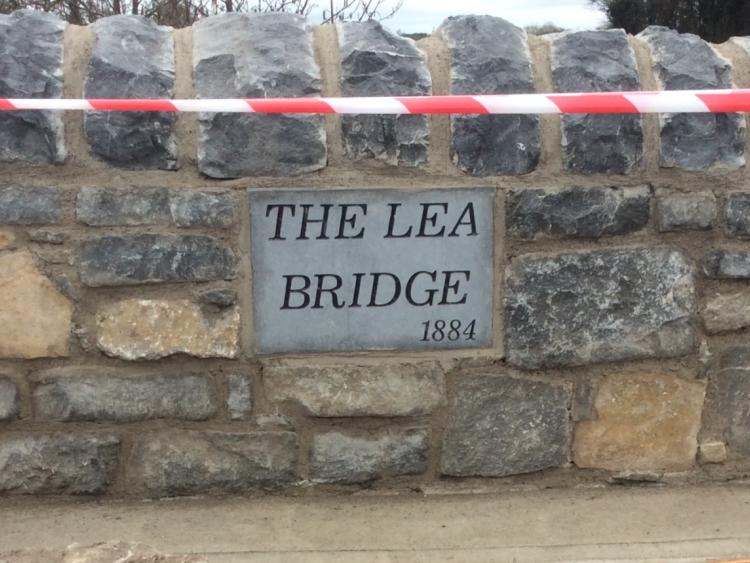 A bridge built in the year the GAA was founded has a new plaque as part of repair work needed after a crash twenty years ago.

The move was confirmed to Cllr John who tabled a motion at a recent meeting with officials.

He called on Laois County Council to repair the damaged bridge walls at the Lea Bridge, Templemore Road, Errill that was badly damaged following a traffic incident.

“I would also request the name of the bridge be inserted in the wall and the year when first built, which was 1884, for historical knowledge,” said the motion.

Mr Edmond Kenny, District Engineer replied that the parapet wall on the Lea Bridge collapsed as the result of a recent vehicle collision.

He said Laois County Council crews would undertake the necessary repairs and a plaque containing the bridge name will be replaced during the repairs.

Speaking at the recent Borris-in-Ossory Mountmellick Municipal District meeting Cllr King complimented Mr Kenny on the work but reminded officials that damage has been waiting.

“This bridge was damaged 20 years ago,” he said.

Cllr King said the bridge dates back to the historic year when the GAA was founded nearby in Thurles in 1884.

He said a meeting on the state of bridges may also be needed. To which Cllr James Kelly replied - "that might be a bridge to far".