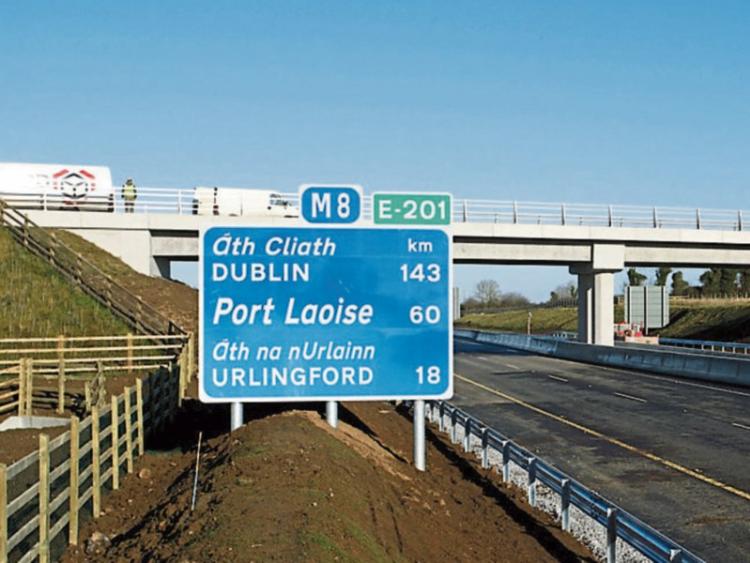 A motorway maintenance firm is responsible for the repair of a wall at motorway services in Ballacolla according to Laois County Council.

So councillors were told Mr Edmond Kenny, District Engineer who was responding to a motion tabled by Cllr John King at the Borris-in-Ossory Mountmellick Municipal District.

“That this Council investigates who is responsible for repairing the large opening in the wall directly in front of the entrance to Manor Stone Filling station near Ballacolla, which was damaged by a vehicle and not picked up by a camera,” said Cllr King.

Mr Kenny replied: “The damaged wall falls under the remit of the motorway MMaRC contractor, Midlink. Laois County Council will seek the company to arrange the necessary repairs”.

Cllr King added that Manor Stone owner had committed to supplying the stone of the owner would cover the cost.

Cllr Ollie Clooney supported the motion. He said he had raised it a few months ago. He wanted more progress.

“We’d like it fixed. The stones on the top of the wall are loose and could fall out and cause a crash,” he said at the March meeting.