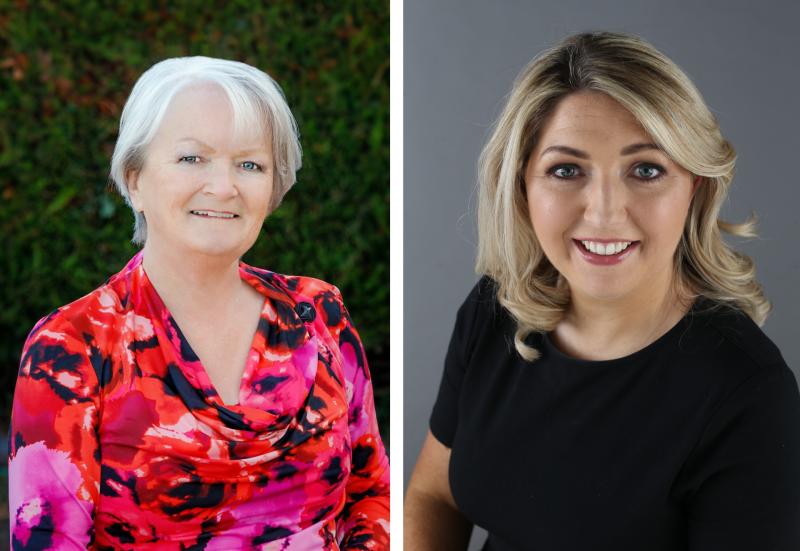 One female Fine Gael councillor has replaced another as chairperson of the Portlaoise Municipal district.

In what is the only majority female political district in Laois, Cllr Mary Sweeney has been elected as chair of the seven seat district, replacing her colleague Cllr Thomasina Connell.

It was a strange year to be in the seat, said Cllr Connell.

"Most of the meetings were online but it's nice to be back in the chamber for the last one," she said, at the AGM meeting in Laois County Council on Wednesday, June 16.

"I thank my colleagues in Portlaoise Municipal District and the council officials for their endless support, particularly support from Michelle McCormack. The council supported me in such a challenging period and I very much enjoyed my tenure, thank you," she said.

She was thanked by Cllr Caroline Dwane Stanley and Cllr Catherine Fitzgerald who congratulated her on a "job well done" with fairness and balance.

"I congratulate Mary, I know she'll be a great Cathaoirleach. I know only myself and Noel are excluded from that but voting is an important procedure," Cllr Dwane Stanley said.

"Congratulations to Mary Sweeney. We outnumber the men four to three. It's important that women are at the forefront of politics, since we are 50% of the population," noted Cllr Connell.