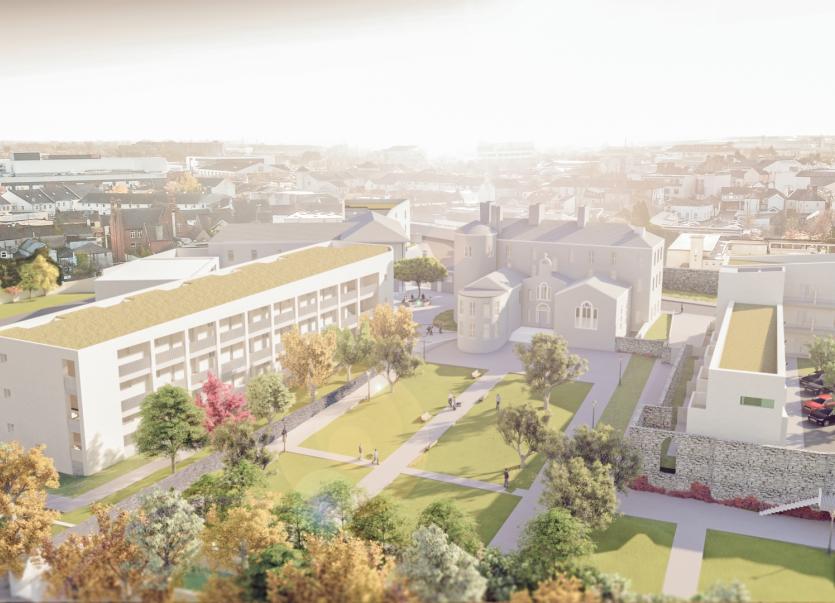 Work underway at a prominent vacant school in Portlaoise is not repair work but the start of demolition.

Workers are now onsite at the vacant Portlaoise Presentation Convent and former Sacred Heart primary school, in the first step to turn it into a social housing and community centre.

The €10 million convent project will convert the iconic building and its surrounding lands and buildings into 52 apartments, community spaces and public and private gardens, largely for older residents.

It's closest neighbour, Mr Denis Walsh alerted the Leinster Express in concern at what he said could be a waste of public funds.

Mr Walsh understood that prefab classrooms at the school was undergoing repairs, even though it is to be demolished.

"They were grinding the floor looking for leaks. If so that would be a strange use of public money," he said.

We checked with Sophia Housing Association Ltd who with Co-operative Housing Ireland are developing the site for Laois County Council tenants.

They gave the following statement.

"Sophia Housing are not carrying out or funding repair works to prefab classrooms that are due to be demolished.  What is being carried out at the moment is site preparation works and also structural stabilization works to buildings which are protected structures and which are due to be retained and converted into much-needed housing.

"In terms of progress on the site, the next step is to begin a tendering process for a contractor who will remove some ancillary buildings and structures which will allow further investigation of the protected structures.  One of these structures is a tower building of local and national historical significance which dates back to 1548, one of the oldest buildings in Portlaoise.

"Sophia is delighted to be working with the Local Authority, and the Department of Housing, Local Government, and Heritage on this project. The Presentation Convent and School buildings have been at the heart of Portlaoise for hundreds of years. This project will not just provide much-needed homes with supports but will bring new life to a much-loved space, including a new park and blue way along the Triogue, which is aligned with the ambitions of 2040 a New Vision for Portlaoise Town Centre," a spokesperson said.