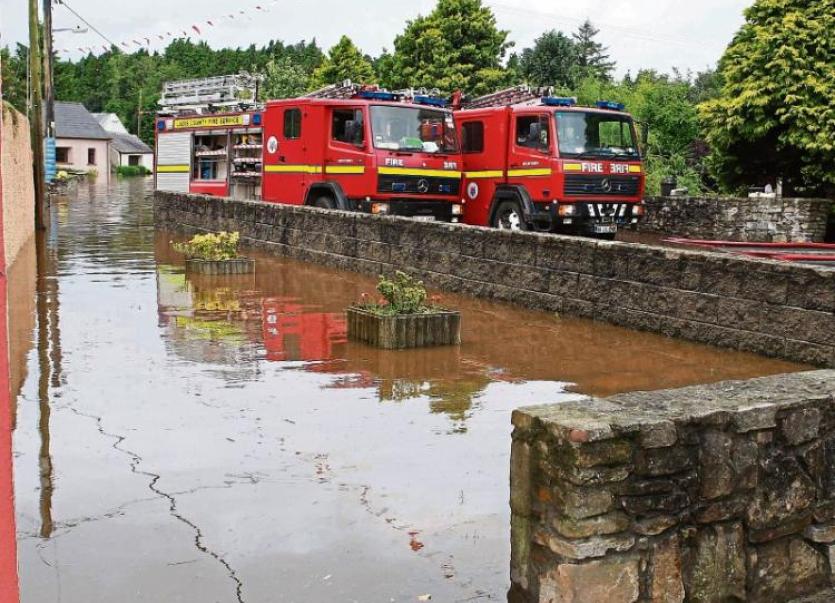 Laois Councillor Conor Bergin has asked Laois County Council for an update and timeline for flood mitigation works due to be carried out on Shannon St. in Mountrath.

"That Laois County Council provide an update and timeline for flood mitigation works to be carried out on Shannon Street, Mountrath as soon as possible."

"A decision is due from An Bord Pleanála during the month of July 2021. Funding is in place for the work from the OPW."

Cllr Bergin welcomed the reply, saying that the issue has been ongoing for a long time.

The funding has already been secured for these works to be carried out on Shannon St.

"Laois County Council have built a number of new maisonettes around the corner from here, and its great to see them in the town. But I would be anxious that these works be carried out as soon as the relevant approval is received from an Bord Pleanála," said Cllr Bergin.

He expressed that the works must be done before winter, as there is a flood risk in the area every year.

"This is a matter of urgency".

The motion was seconded by Councillor James Kelly.

"I fully support the note of motion. This is issue affecting several residents there," said Cllr Kelly.

"There have been works carried out already on the back lane, but it is a long process. It isn't the fault of the council, they would normally go out straight away and get the job done. We have been waiting on approval for far too long. We don't want this issue going into another winter. It must be done." he concluded.

Though the County Council recieved €46,565 for flood mitigation works on Shannon Street last February, they are still waiting on permission from an Bord Pleanála.