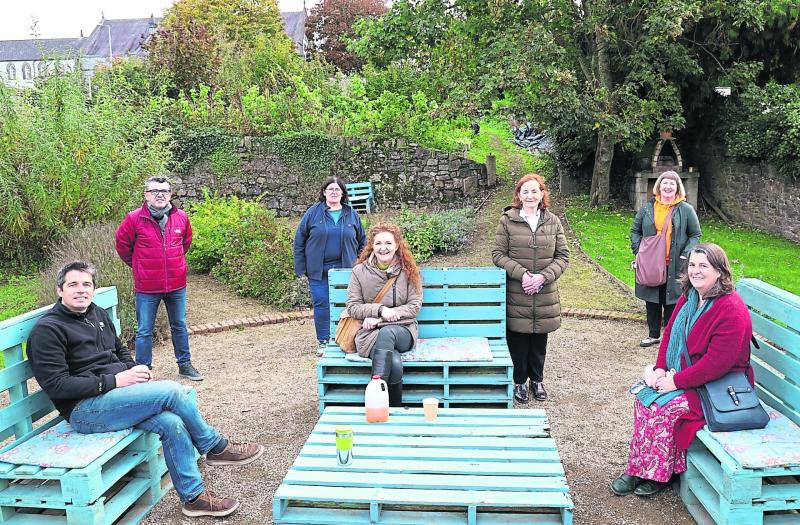 The launch of the Abbeyleix Community Climate Action Project

Laois County Council has been shortlisted for an Excellence in Local Government Awards 2021 for the Abbeyleix Community Climate Action Project.

The Council has been nominated in the Supporting Sustainable Communities category.
Chambers Ireland, the representative group for Irish business, released the shortlist for its Excellence in Local Government Awards 2021 on Monday.

The awards are held in partnership with the Department of Housing, Local Government and Heritage and highlight the positive impact of local government across Ireland.

In total, 90 projects from 20 local councils have been announced as finalists this year.
Minister for Local Government and Planning, Peter Burke TD said:

“In another year that has had many challenges, local authorities have continued to be at the forefront of serving our communities, the arm of the State closest to the citizen.

“The agility of our local authorities is self-evident again this year as we see the continued delivery of excellent and innovative services to local communities nationwide.

“These awards provide a platform to showcase the activities of our local authorities, allowing us to display and publicly acknowledge the hard work that is done by officials, community groups and their partners in local government, often carried out quietly and behind the scenes.

“From projects involving our environment, the economy, communities, and the well-being of our citizens to name but a few, we can see the wide range of skills and expertise present in our local authorities and the creativity shown in the face of adversity.

“I wish to thank every county and city council for their work over the past year and congratulate them on the frontline projects they design and bring to fruition.

“From travelling around the country in the last few months, I have seen first-hand how these projects and services make a difference in the lives of our citizens every day.

“I would also like to thank Chambers Ireland for their hard work and commitment, organising and successfully hosting another annual Excellence in Local Government awards.

“It must be acknowledged that the extensive organisation process commences early in the year and includes communicating and liaising with all 31 local authorities, organising categories and judging panels and hosting the final awards ceremony, which at the best of pre-covid times was always logistically challenging.

“Their efforts and continued commitment ensures that this annual event continues and gathers momentum annually.”

Chief Executive of Chambers Ireland, Ian Talbot said: “As an organisation that represents both businesses and communities across Ireland, we have a deep appreciation for the role played by local government in delivering the infrastructure and services needed by towns and cities in every part of the country.

“This has become particularly clear over the last 18 months as local councils responded to a rapidly changing situation.

“While this was clearly a significant test for all, we can see from the strength of submissions we have received that local government came through this period with flying colours.

“In that context, this year’s awards represent an important opportunity to thank all the members and staff who comprise these organisations for their resilience and hard work.

“Our communities are stronger for their efforts and we look forward to recognising their achievements in November.”

The award ceremony for the 2020 Excellence in Local Government Awards will take place on Thursday, November 18.