Luxurious hotel as popular as ever despite Covid-19 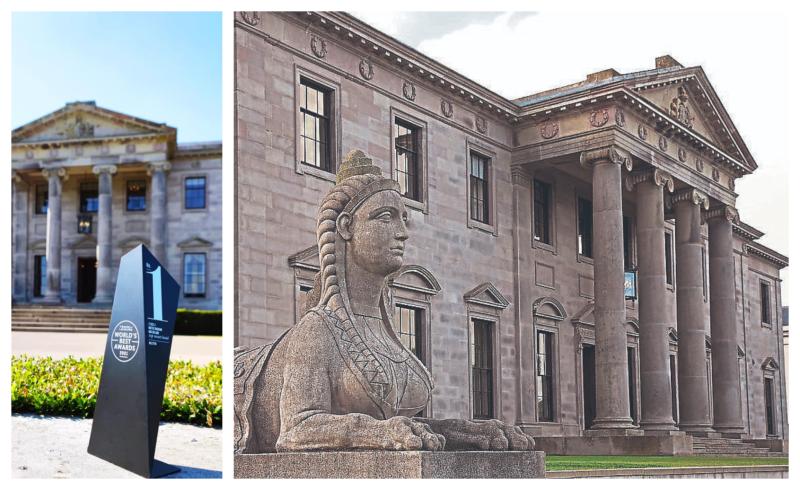 Laois is making headlines on the international tourist map after Ballyfin Demesne has won a top readers choice award.

The extensively renovated hotel popular with the likes of George Clooney, Kanye West and JK Rowling has taken first  place as the best Resort Hotel in Ireland and the UK by Travel + Leisure World's Best Awards 2021, in their annual survey voted for by readers.

Readers voted for the 10 resort hotels in Ireland and the UK on the basis of finding "romance and history". The hotel's staff said they were 'absolutely thrilled' to win.

"Thank you to all who voted for us and well done to the amazing Team who have made this possible," the said. More below post.

Situated in the slopes of the Slieve Bloom Mountains, the Georgian manor dates back to the 1820s and reopened as a hotel in 2011 after an expensive and painstaking renovation.

With just 21 individually designed rooms, it features with Irish art, antiques. It offers gourmet dining, an indoor pool and spa, and activities such as fishing, horseback riding, clay pigeon shooting, archery and falconry. There is no golf.

"'Elegance and luxury with the feel of a country home,' described one voter. 'Everything is perfect.' The manicured grounds and an art collection that ranges from the 17th century to the present add to the sumptuous experience, but the real proof of the pudding is in the top-notch service and sublime creature comforts. As one reader wrote, 'The staff goes above and beyond to accommodate any special requests.'

It's not the first time Ballyfin has won this and other awards. It was named best hotel in the world by Conde Nast Traveler in 2016.

Kanye West honeymooned with Kim Kardashian in the hotel soon after it opened. Gorge Clooney reunited with his Laois cousins there in 2019.