More than 15,000 people in Laois stuck on hospital waiting lists

Sinn Féin TD says people are getting sicker while they wait 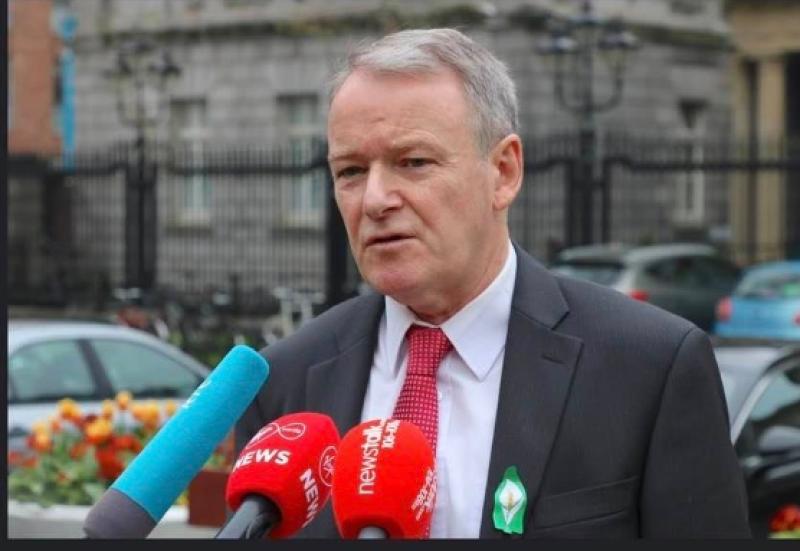 More than 15,000 people in Laois are waiting for treatment or an outpatients appointment to asses what care they need according to Laois Offlay TD Brian Stanley

On  day when it emerged that Kerry's hospital will only seen patients with urgent needs, the Sinn Féin TD reveal a situation in Laois and Offaly which could present staff with similar decisions.

“The constituency that I represent, Laois-Offaly, has witnessed the healthcare system consistently struggle for years. This is despite the exceptional work of frontline staff in the health services," he told the Dáil.

He listed examples of what people are waiting for and what this means to them.

"Behind each and every one of those figures is an individual who has suffered with deteriorating health, delayed diagnosis, stress and worry.

"People are waiting for hip replacement and it is unacceptable that they are fed with painkillers year on year, which leads to them developing ulcers and other problems," he said.

"The hospital waiting list crisis can be resolved, but it requires leadership and commitment. This means facing down the vested interests. Hospital managers must be running hospitals, not private consultants," he said.

He claimed Sinn Féin’s has solutions for resolving the crisis.

"We would introduce a new single, integrated hospital waiting list system to significantly speed up the process and reduce waiting times.

"We would also provide a major capital fund to increase beds, staff and capacity within the system. This is the kind of ambition that we need to see from the Government," he said.

"What is particularly worrying, however, is that we are seeing very little progress from the Government. Sláintecare is one example.

"I pinned a great deal of hope on Sláintecare, as did other members. The report notes that there is still no ‘Waiting List Management and Reduction Plan’ in place. This is despite the national waiting list now standing at 907,648," he said.

The TD claimed money is not the issue and it should be spent.

"There is an estimated €300m which will go unspent in the health budget this year, despite the Covid pandemic.

"Over 700 consultancy posts are still vacant across the country. I do not see an urgency from the Government. We should be training and promoting doctors into these essential vacancies.

"There should also be public-only contracts for consultants to work in the public system, unlike the current mess where they do private work during their working day in public hospitals. That must stop.

"It is clear to the public that our healthcare system is not fit for purpose. Sinn Féin is committed to providing ambitious solutions that will make progress in the right direction,” concluded his speech in the Dáil on Tuesday, September 28.