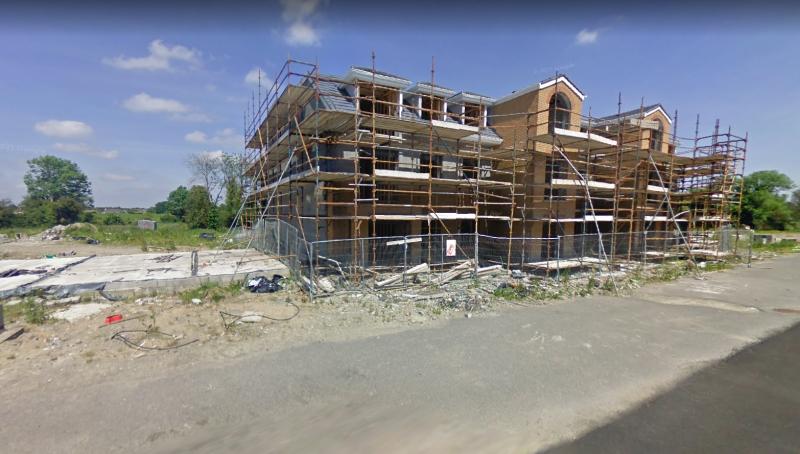 Problems with sewage station in a huge Celtic Tiger estate in Portarlington have only recently emerged and while the estate remains unfinished new houses are in the pipeline for a nearby site, it was revealed at a recent meeting in county hall.

The status of The Glen estate in Kilnacourt, Portarlington was raised recently with Laois County Council officials by Cllr Aidan Mullins.

He tabled a motion at the Portarlington Graiguecullen Municipal District meeting asking for an update on when the council would take in charge roads, signs, lighting and other infrastructure.

The Sinn Féin councillor said work on finding solutions has been going on for ‘years and years’ and the construction was finished in most parts of The Glen more than 10 years ago. He also claimed that issues with the sewage station have only come to light due work being done on an apartment block which had also been left unfinished until recenlty.

Mr. Jim O’ Sullivan, Building Control Officer, replied in writing. He listed works that were not completed properly at the sewage pumping station.

The officer also said about 3,000m2 of open space beside the station and rear / side of recently completed dwellings /apartment block has to be landscaped.

Minor works include the replacement of footpaths as well as the inspection / certification of public lighting.

Mr O’Sullivan replied that the developer is awaiting delivery of a new control panel and new ESB connection for the pumping station. While previous timeframes were given on the completion of the taking in charge process, the Officer said the builder has also advised that this should be completed by the end of October this year if everything goes to plan.

The council official added that planning permission has been granted for  26 houses at the rear of the Glen.

Responding to the update, Cllr Mullins said a section of the estate could have been taken in charge. He said the issues that have now come to light due to the completion of the unfinished apartment block.

He said that the first snag list was given to a developer in 2017 and The Glen was due to be taken over in early 2021.

“To see these major works thrown into the mix now as a result of the completion of the recent development means it is going to take quite a while (to take it in charge),” he said.

Cllr Mullins said the taking in charge process should also not dependent on the building of 26 new houses nearby by a new developer.

Mr Gerry Murphy, Director of Services, said the taking in charge process was dependent on the building of the new houses.